I’ve told you before about how much I enjoy libraries, and the way you can access my books there, legally.

I say “legally” because I’ve been hearing lately about pirate libraries, which offer a controversial, illegal, but widely used way to access publications.

From what I’m told, these pirate libraries aren’t typically in the business of circulating mystery and thriller novels, like the ones I write. Instead, they offer scholarly material, books that aren’t available in print in certain countries, and, actually, comic books.

So, what is a pirate library?

A pirate library is a digital, internet-accessible repository of information. It’s widely accessible around the world, and definitely illegal. Legal libraries, like the kind we know and love, purchase the hard copy of the book or, in the case of an ebook, a license to the book. It’s from that point that we’re able to gain access to the book for free through the legitimate libraries. 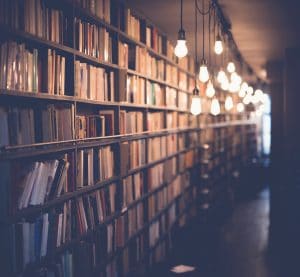 Pirate libraries, on the other hand, don’t own copies or licenses for the hundreds of thousands of books and articles they’re offering for free, so they’ve stolen the materials and they’re infringing on copyrights. And they’re causing authors and publishers to lose a lot of money. The ability to access these articles is a boon to researchers around the world who desperately want to access scholarly articles, but don’t have the means. Legal access to academic journals is typically quite pricey because the cost of doing the research is significant.

“Users come from both countries with high GDP and developing countries where students and scholars likely have poor access to academic materials.”
–Sarah Laskow

So, what do you think about stolen works in pirate libraries? Unacceptable because they’re thieves and cheats, or justified to benefit researchers who want to read scholarly articles and books they can’t otherwise access? Leave a comment below and let me know what you think.

One Response to Pirate Libraries: When Free Books Are Really Stolen