By Diane on November 30, 2017 in Beyond The Covers, Blog, Hunt for Jack Reacher

While FBI Special Agent Kim Otto currently lives in Detroit, Michigan, her hometown is actually in Frankemuth, Wisconsin. Have you heard of it? Technically, your correct answer should be no… because Frankenmuth, Wisconsin, doesn’t exist. There is, however, a real town called Frankenmuth, Michigan  — and that’s where I got the inspiration for Otto’s home town. I’ve been there many times and love the place.

Your first question might be, what’s up with the name Frankenmuth? It’s a combination of two words- “Franken,” representing Franconia in Bavaria, and the German word “Mut,” meaning courage. Together, it means “Courage of the Franconians.” Sounds about right for Kim Otto, doesn’t it? Courageous, and of German heritage. 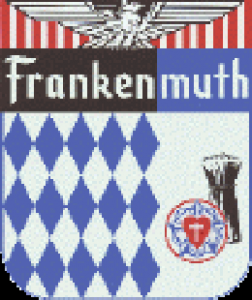 As we learn in the Hunt for Jack Reacher series, it’s the “Otto”, or German, side of Kim Otto’s family that lives in Frankenmuth. Which makes sense. Frankenmuth’s nickname is Little Bavaria. It was settled in 1845 by conservative Lutheran immigrants from Franconia, Germany.

Otto heads to Frankenmuth in my book Jack in A Box, where we get a glimpse into her roots.

“Mid-November was bleakly cold in Frankenmuth, Wisconsin. Men, women, and kids alike wore jeans, boots, and sweatshirts under coats, hats, and gloves. Practical, comfortable clothes. The kind Kim favored when she wasn’t dressed for work. After all, she was German and oversized herself on the inside.”
–Jack In A Box
(The Hunt for Jack Reacher Series)

It’s true— mid-November in Frankenmuth is bleakly cold. Hence their annual Snowfest, one of the top snow sculpting events in America.

Frankenmuth is a place with no shortage of festivals. Otto doesn’t have time for them, of course, during the Hunt for Jack Reacher, but maybe some day. There’s the Frankenmuth Bavarian festival in the summertime, which includes celebrating Bavarian culture through food, drink, and music. The real crown jewel of festivals though is Oktoberfest. Not only was Frankemuth’s Oktoberfest the first Oktoberfest outside of Munich to operate with the blessing of the original, but it was also sanctioned by Parliament.

In between festivals, there’s plenty to do in Frankenmuth, too. There’s the Bavarian Inn, which “offers an authentic German experience and entertainment for the entire family.”

What aspects of the Bavarian Inn would draw you to visit there? Leave a comment below and let me know.

Or, if you prefer, there’s Zehnders: “A four-season family vacation destination – hotel, waterpark, dining, shopping & golf.” Zehnder’s started as a restaurant, founded in 1856, just 11 years after the city of Frankenmuth was founded. 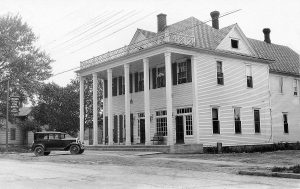 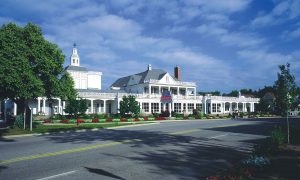 Does any aspect of Zehnder’s strike your fancy?

Frankenmuth is the perfect place for Kim Otto to go to embrace her German heritage, even when she feels like a black sheep among the Otto side of her family.

To learn more about the entire Hunt for Jack Reacher Series, CLICK HERE.

Pirate Libraries: When Free Books Are Really Stolen
Unsolved Death Beneath the City of Paris