Palm Beach: The Breakers, The Bunker, and the Everglades Club

By Diane on October 24, 2017 in Beyond The Covers, Blog, Hunt for Jack Reacher 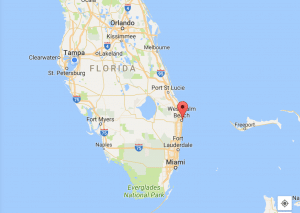 Have you ever been to Palm Beach? As a snowbird, I spend my winters in Florida, but usually closer to Florida’s Gulf coast. Which made it a nice change of pace to write about Palm Beach, which is on Florida’s Atlantic coast. The two coasts are very different. Especially Palm Beach.

It’s an affluent, community-oriented town, with the median family income at $137,867. More than 50% of the town’s population is age 65 or older.

I want to tell you about three interesting features in Palm Beach that make the place unique: The Breakers, JFK’s bunker, and the Everglades Club.

The legendary hotel The Breakers was opened by railroad and oil tycoon Henry Flagler in 1896, then called the Palm Beach Inn. There were two fires within the first 30 years — one in 1903 thought to be caused by a plumber’s torch, and one in 1925 caused by an electric curling iron that was left on. Each time it reopened, it flaunted increased opulence. 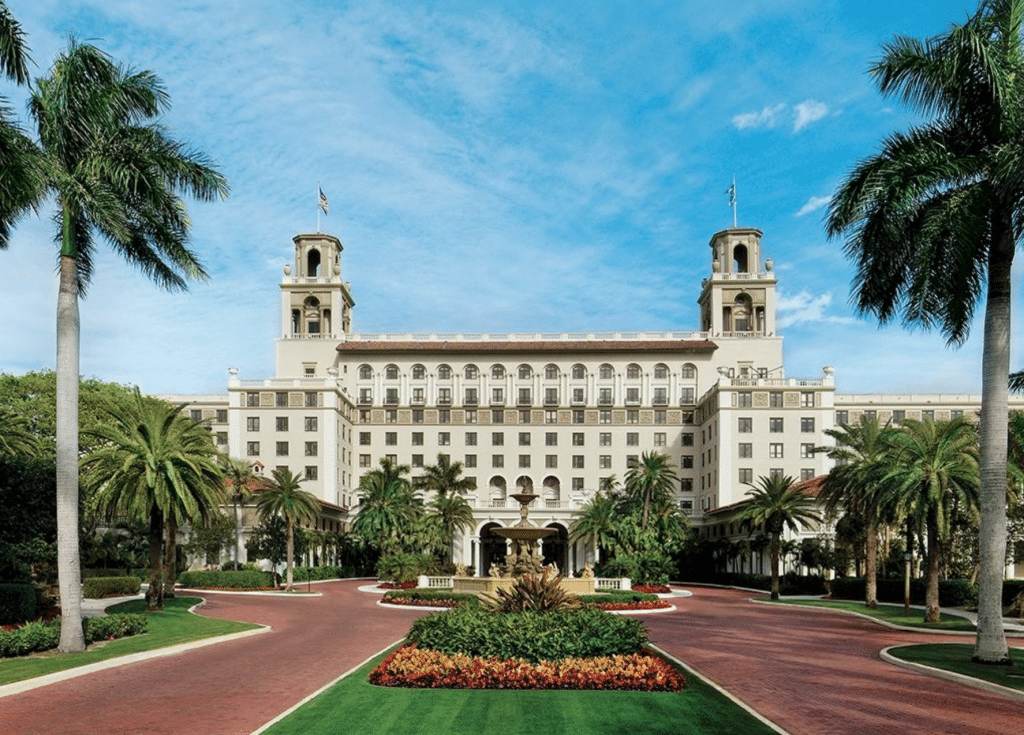 A description of the building’s attention to detail provides a sense of the reason for the five-star hotel’s continued popularity today:

“The Breakers reopened in 1926, ushering in a higher degree of European influence and architectural flair. Flagler’s newest iteration was modeled after the magnificent Villa Medici in Rome—an ambitious effort that called for 75 artisans brought in from Italy. Together they completed the intricate paintings, detailed across the ceilings of the 200-foot-long main lobby and first-floor public rooms, which remain on display today. It was a grand gesture that placed The Breakers in a class all its own.”

The Breakers catered to the wealthy, the famous, and the glamorous, who usually requested rooms with a view of “the breakers,” or the ocean waves where guests could bask in seaside glamour.

Famous guests include American Presidents, European nobility, the Vanderbilts, the Rockefellers, the Astors, and many more.

Because the Kennedys used to vacation in Palm Beach, Naval engineers created a bunker during John F. Kennedy’s presidency that could house him, his family, and his staff in case of nuclear attack. The safe house was 10 minutes away from Kennedy’s resort house, buried beneath 25 feet of concrete, lead, and soil.

The bunker began to fall into disrepair in the years after JFK’s death, but in the mid 1990’s was leased by a museum group to be repaired and restored. It’s now a museum open for visitors, complete with replica rations. 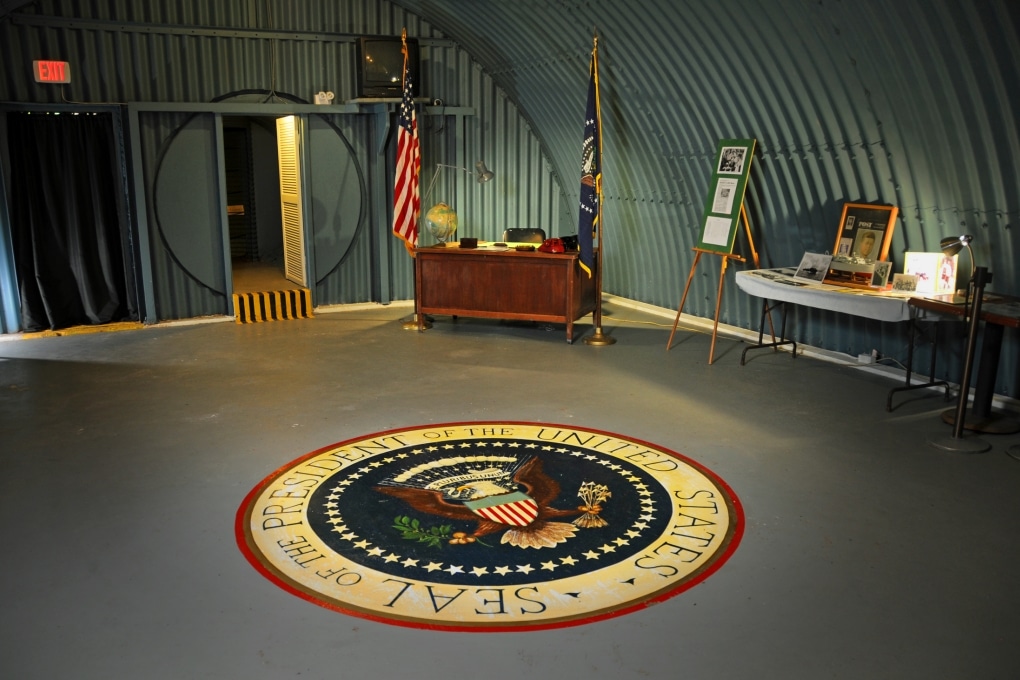 To this day, the Everglades Club is the preeminent social club of Palm Beach. Construction began in 1918, with the place originally intended to become a hospital during World War I. When the war ended, construction was still underway, so the structure transitioned to become a private club for the most elite of Palm Beach society. 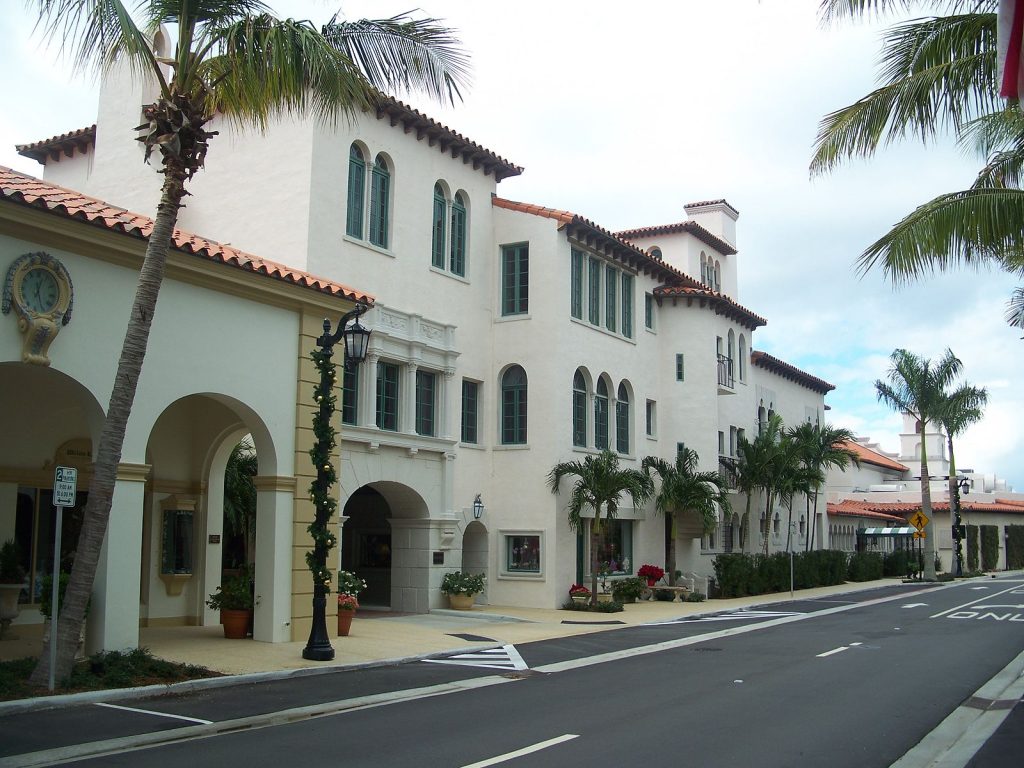 The Everglades Club staged fashion show luncheons on a weekly basis, featuring Elizabeth Arden, Saks, Sarah Fredericks, and the like, followed by a leisurely afternoon of shopping. The fashion shows served as a launching pad for designers including Blass, Valentino, and Givenchy. And in the 1960’s, Palm Beach would become the birthplace of Lilly Pulitzer fashion. Today the property of the Everglades Club includes tennis courts, villas, a yacht basin, and a golf course, with exclusive membership — and no cell phones allowed.

Palm Beach certainly sounds like an interesting place, doesn’t it? I think Kim Otto and Carlos Gaspar would have to agree, based on what happens in Jack the Reaper.

To learn more about my thriller novel and the hunt for Jack Reacher, CLICK HERE.

Can I Bring My Laptop on the Plane?
Internet Helps Find Missing Teenage Girl

2 Responses to Palm Beach: The Breakers, The Bunker, and the Everglades Club