Where this NYT Bestselling Author Gets Her Ideas

By Diane on September 5, 2017 in Beyond The Covers, Blog, Heir Hunter, Michael Flint

So, a question that I get a lot from readers is: Where do you get your story ideas?

It’s a valid question. It’s one that I’ve wondered about some of my favorite authors as well.

When readers ask me where I get my ideas, I joke and say I buy them from ideas.com.

But the truth is that I don’t always know. Sometimes, as I’m writing, solutions present themselves in ways that I hadn’t anticipated. More often, I know where I’m going long before I get there. To keep the plots fresh, I do a lot of research for my books as I write them, so the actual writing goes a lot slower than I’d like.

To be honest, sometimes I get my ideas simply by sitting on my back porch. I spend my summers in Michigan, often spending eight or so hours a day overlooking the water, thinking, researching, and writing. Many, many days, I work from early morning until well after dark.

From my “desk” (which is really a lounge chair), with my little schnauzer Miki snuggled at my feet, laptop perched at the perfect distance, I see wildlife (eagles, deer, hummingbirds, Canada geese, and more) along with fishermen, jet skiers, paddle boarders and kayakers out in my “front yard.” Another thing I see from time to time are float planes.

Float planes use my section of the lake for takeoff and landing because the lake is somewhat sheltered here and the water is “flatter.” In fact, I’ve already seen two float planes flying overhead, waiting to land, this morning alone.

Sometimes I take a video of the planes. Here’s a short snippet of what I see:

One idea that came to me for a disaster that’s at the center of this newest Michael Flint Heir Hunter boo, Trace Evidence,  (Heir Hunter Series), happened when the float plane from that video landed right in front of me. I remember thinking, “What if a plane like that crashed in an alpine lake like Tahoe?”

If you’ve ever seen the movie Mother Lode, you’re familiar with this crash scene of a float plane on a similar lake:

So, perhaps needless to say, even when the landings I see don’t end in disaster, I imagine the most dramatic possible result. The same goes for almost everything I witness! Blame it on an overactive imagination, and/or the fact that I read a lot of books as a child — and still do! I’m not going to question it — it’s working for me so far. 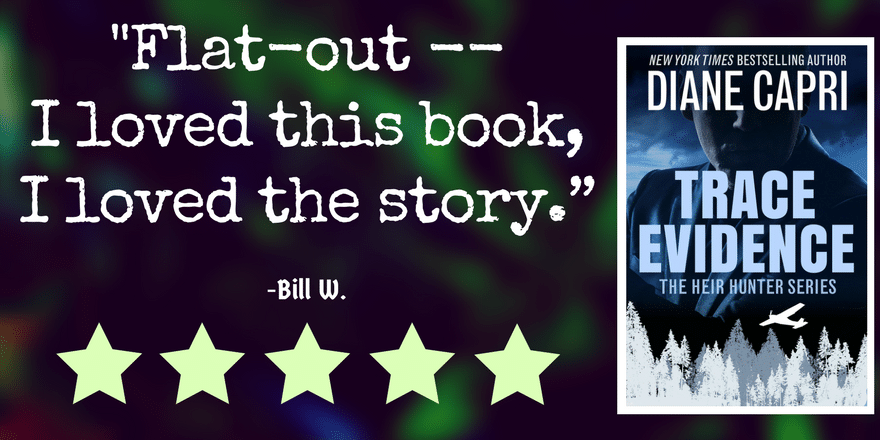 Read how a float plane plays a central role in my new book, Trace Evidence, you can find the links to buy the ebook, paperback, or audiobook HERE. 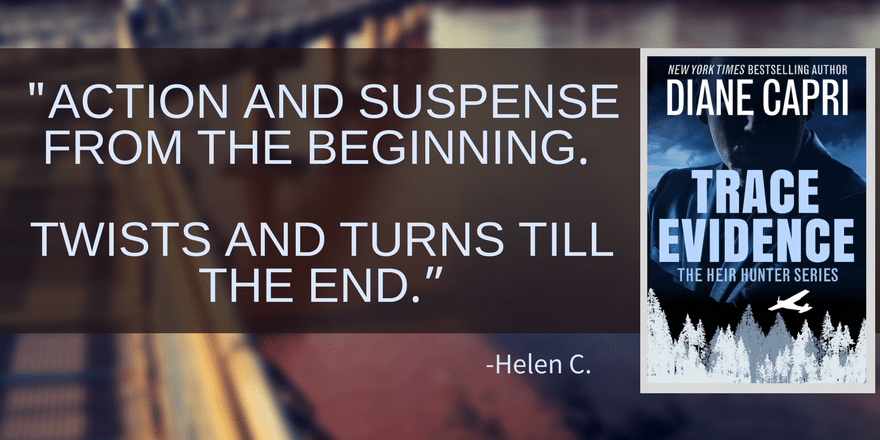 Shooting Accurately Underwater: Is It Possible?
Q&A with Diane Capri about Thrills, Suspense, and the Writing Process