I think it goes without saying: Ernest Hemingway’s most famous home is the one in Key West, Florida.

But as a snowbird, I’ve got feelers up here in Michigan, and I’m at least as familiar with Hemingway’s time around the Great Lakes State as I am with his famous Key West home.

Hemingway was born in a suburb of Chicago, and went on to spend some time in Kansas City; Italy; New York; Toronto; and Paris. When he left Paris, he decided he was done living in big cities, and settled in Key West with his wife and children.

But Florida wasn’t Hemingway’s first true love. Growing up and until about age 21, his family owned a summer home in Northern Michigan, just outside Petoskey on Walloon Lake.

It was one of those homes so notable it has a name. Like Judge Willa Carson’s home is called Minaret, Hemingway’s summer home in Michigan was called Windemere. 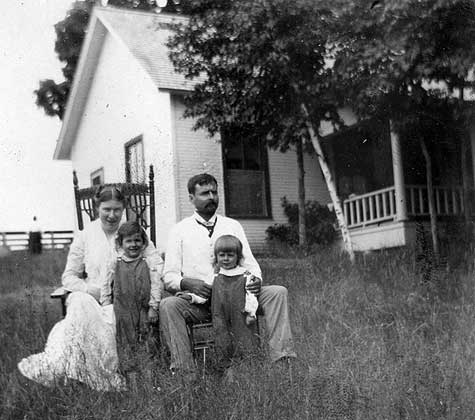 Starting at age four, Hemingway summered in Michigan, where he learned outdoor sports, including his well-known love of fishing. 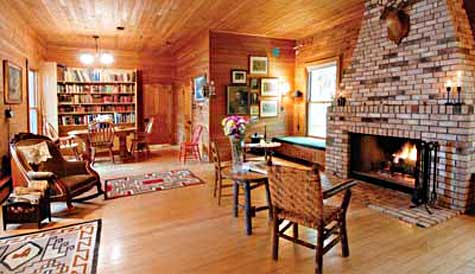 But Hemingway’s time in Michigan wasn’t limited to Windemere. His love for the state was a lifelong one.

Here are five of the places still recognized in Michigan today as places Hemingway spent time:

1. The Perry Hotel in Petoskey

Hemingway stayed here in 1916 (age 17) after a camping trip with a friend. The Perry Hotel still celebrates his time there with a “Hemingway Weekend” every year.

2. The City Park Grill in Petoskey

Hemingway not only played billiards in the space now known as the City Park Grill; he also loved to watch the boxing matches that were held nearby. You’ll recall, when he lived in Key West, he would amuse himself by inviting amateur fighters to come over and box with him.

By 1919 (age 20), Hemingway was both a popular guy and a rapidly improving writer. When he found himself distracted by friends, he would escape to Evelyn Hall. In this women’s dormitory (unused during the winter) they had a small room with a wood-burning stove in which Hemingway hunkered down and got writing done. So that’s how he stayed focused!!

Windemere is now registered as an official National Historic Landmark.

I already love Michigan, but somehow, Hemingway makes me appreciate it even more.

Have you been to Michigan? Are you more inclined to go now, knowing Hemingway’s history in the state?