By Diane on November 5, 2015 in Beyond The Covers, Blog, Hunt for Jack Reacher

Have you read Jack Reacher’s Rules? It’s a handbook of sorts, full of helpful tips and nuggets of wisdom inspired by the way Lee Child’s Jack Reacher lives off the grid and operates without dying.
So far, at least. 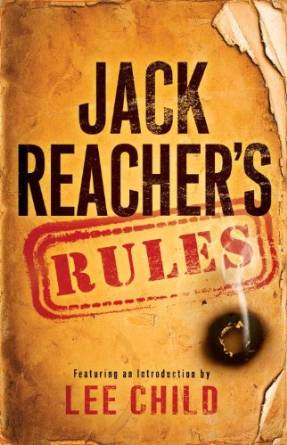 If you’ve read books in my Hunt for Jack Reacher series, you know hunting Reacher is deadly. FBI Special Agent Kim Otto’s assignment presents tough challenges as she tracks Reacher. I recently gave you four of the life lessons Kim Otto lives by.

Here now are four more rules Agent Otto lives by, in order to do her job and stay alive.

1. Never trust anyone who is too good at keeping secrets. 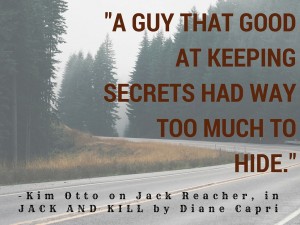 Otto here is referring to Jack Reacher. She’s skeptical of his unusual ability to stay off the grid. But it’s not just Reacher who raises red flags for her. Otto tells us multiple times, she hates secrets — unless she’s the one keeping them.

2. Never sleep on an airplane.

“At least being awake gives you a fighting chance to save yourself during a fiery plane crash.”
– Get Back Jack

Now, as you and I and Otto know, a plane crash isn’t likely. The odds of going down are something like one in 5.4 million, according to The Economist. Still, Otto’s point makes some sense. Your chances of saving yourself during a plane crash may be greater if you’re awake… depending on the type of crash… but generally, being alert is a good thing.

Which leads us to Kim Otto’s next rule: 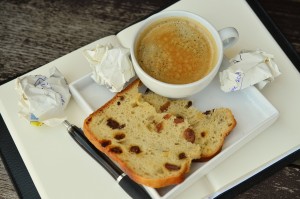 You never know where your assignment is taking you, or where your next sip is coming from.

4 New Covers Revealed! Jess Kimball To Get Her Own Series!
Flying? Coffee? Reading? There’s An App For That