By Diane on October 10, 2015 in Beyond The Covers, Blog, Hunt for Jack Reacher, Saturday Special

If you’ve finished the False Truth Mystery Serial, you know the recent FIFA scandals are and example of “life imitates art.”

Have you heard the latest FIFA news? The former vice president of FIFA is now banned from soccer for life. Jack Warner was a leader of soccer’s world governing body until 2011. Since then, he’s been accused by the U.S. Justice Department of being involved in massive corruption schemes over the course of two decades, “involving the offer, acceptance, and receipt of undisclosed and illegal payments, as well as other moneymaking schemes,” according to FIFA’s ethics committee. 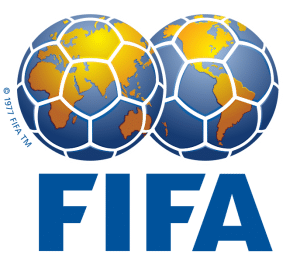 The idea of selling votes for the World Cup plays a central role both to this real-life story, and to False Truth: A Jordan Fox Mystery Serial.

In other world news of corruption allegations, a former sniper was arrested and sentenced to 20 years behind bars. Dennis Gogel, a former Germany army sniper, was rounded up in a sting by the U.S. Drug Enforcement Administration to catch former military snipers who may have been trying to use their specialized skills to accept freelance murder-for-hire assignments connected with drug organizations.

Gogel was arrested in 2013, pleaded guilty in January of this year, and was sentenced in September 2015. In total, five men were arrested in this sting of ex-military snipers.

If you saw my blog on snipers earlier this week, or if you’ve read Jack and Joe, you know what a threat a well-trained sniper can be. Agents Otto and Gaspar from the Hunt for Jack Reacher Series are trained snipers who, of course, are prepared to use their skills only for good.

One of the training exercises Otto and Gaspar likely had to go through in sniper training is called Kim’s Game. To see a demonstration, you can watch this 3.5-minute clip from the 1950 movie Kim. To skip straight to the movie’s explanation of the game, jump 1 minute and 15 seconds into the clip.

So? Do you think a person with specialized skills is, by definition, more dangerous?