By Diane on October 22, 2015 in Beyond The Covers, Blog, Hunt for Jack Reacher

In Don’t Know Jack, we are introduced to Carlos Gaspar’s love of the Crown Vic — and Kim Otto’s disdain for it:

“Gaspar picked a full sized sedan at the rental counter in Atlanta. A black Crown Vic. The kind of car Kim hated because it was too big, and too low to the ground. She’d have to pull the seat all the way up to reach the pedals. Even then, she couldn’t see the road beyond the long front hood. Not that she needed to worry. Gaspar wouldn’t let her drive anyway.”

So what’s the big deal about the Crown Vic, Gaspar???

In Get Back Jack, we get a few details about why the man loves the Crown Vic like it’s his sixth child:

“He liked the powerful V-8 engine and tough, body-on-frame construction. Rear-wheel drive was better for rough driving over curbs and potholes and other urban road hazards. Reduced spin-outs, too.”

And Gaspar’s not alone. When it was still in production, up until 2012, the Crown Vic was the popular choice for law enforcement agencies in the United States. (And taxis, too!) Nearly 75% of all police vehicles sold were Crown Vics.

The Crown Vic Police Interceptor — which is Gaspar’s top choice whenever possible — provides a combination of comfort and functions specific to law enforcement needs. Lots of room for equipment in the trunk, enough space in the middle of the front seat to rest a laptop, seats wide enough to accommodate gear attached to the body. Comfort moves way up the wish list when you spend multiple hours driving around.

And then there’s its durability. Crown Vics are essentially bulletproof and could take a good beating. As Gaspar mentions in Get Back Jack, the Crown Vic’s body is built separately from its frame. That means it can hit a curb at high speed without bending a drive shaft. Whereas, in a front wheel drive vehicle, hitting a curb could mean the end of a criminal pursuit.

The icing on the cake, at least for police agencies? The Crown Vics were pretty cheap to produce. 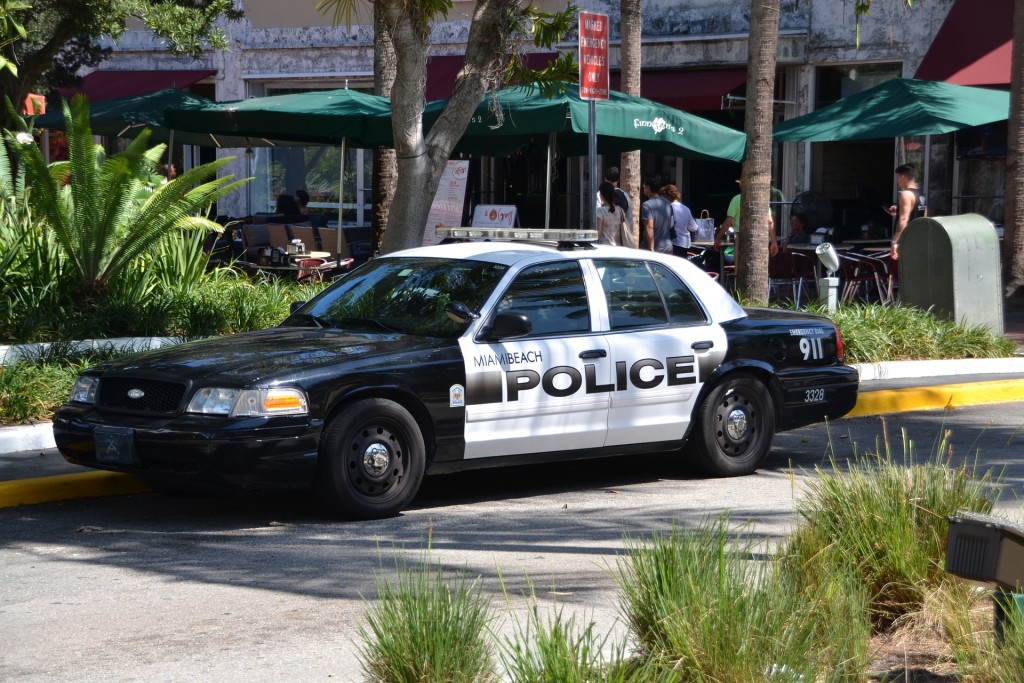 One automotive reviewer puts it this way:

“There’s much to be said for a car that does exactly what it’s supposed to do — no more, no less. And the Ford Crown Vic has done that. In my mind, that’s beauty.”

Hmmm…. doing what you’re supposed to do. No more, no less. Remind anyone of Carlos Gaspar himself? 😉 No wonder he loves the Crown Vic! And we love him for it, don’t we??

One Response to The Crown Vic: What’s the Big Deal?