Lee Child’s MAKE ME Tour: What We’ve Learned So Far

By Diane on September 17, 2015 in Behind The Book, Beyond The Covers, Blog, Hunt for Jack Reacher, Saturday Special

I love when Lee Child releases a book because, not only do we get to read a new Jack Reacher thriller — which is of course a treat in itself — but we also get to watch Lee’s media blitz. Even if from afar.

There’s one conversation I had a front row seat for as I talked with Lee this summer about my new Hunt for Jack Reacher thriller, Jack and Joe. You can read that conversation in my blog post, 5 Things Lee Child Told Me This Summer.

After he talked with me, one of Lee’s many stops this month surrounding the release of his newest book, Make Me, was CBS This Morning. Did you catch the interview? 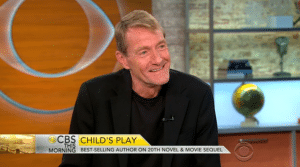 Here are some of the highlights from the CBS interview with Lee Child:

Lee Child also stopped in Boston and had a conversation on stage with Stephen King. This is one of my favorite Lee Child quotes from that event, again referencing the fact that he writes without an outline: 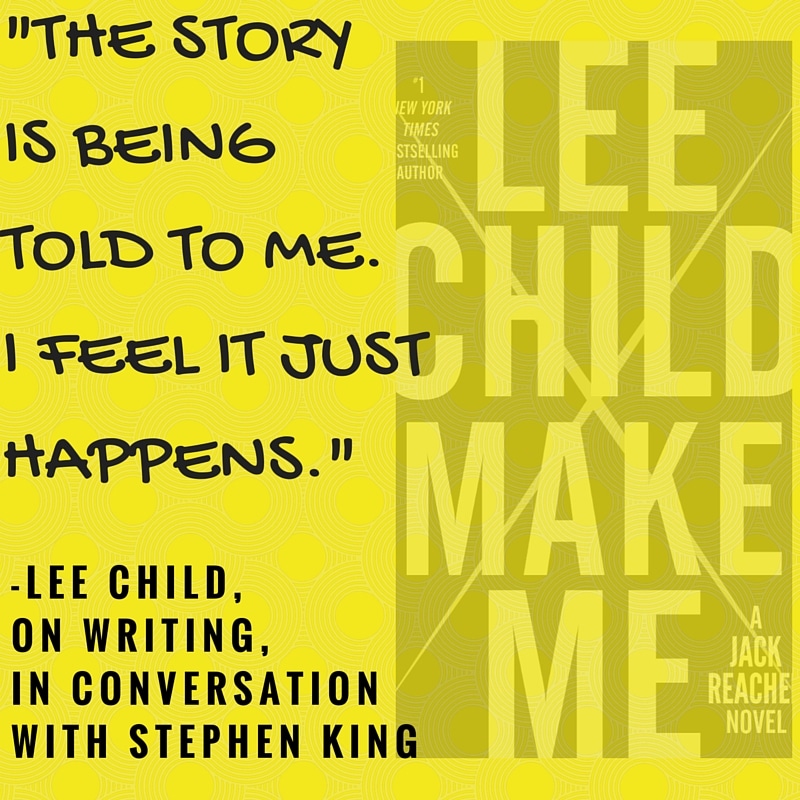 To find out what’s happening in my Hunt for Jack Reacher Series, check out my newest thriller, Jack and Joe!

The Best Drive Through North Carolina
The Longer the Book, The Better the Story?

3 Responses to Lee Child’s MAKE ME Tour: What We’ve Learned So Far