Whew! Now that we’ve wrapped up the False Truth Mystery Serial, I have a little more time on my hands. (Emphasis on little… I’ve also been working on the next Hunt for Jack Reacher book, which should be available in the fall, publishing gods willing.)

But in my moment of downtime, I wanted to take a second to tell you a little bit about my German book translations. Beth Dexter, who helped me with the False Truth Serial, has actually been trying to persuade me to blog about this topic because she finds it fascinating. I suggested, since she’s the journalist, that she interview me about it. She framed the questions and I shared with her — and hopefully you — exactly what you want to know.

Take it away, Beth!

Beth Dexter (BD): Thanks for taking time out of your busy schedule to humor me. We need you to get back to what you do best and write some more thrillers for us, so I’ll make it quick. Firstly, which of your books have been translated into German?

Diane Capri (DC): Four of them so far. Don’t Know Jack, Jack and Kill, Jack in a Box, and Jack in the Green.

DC: I think not. German language readers love Jack Reacher. Truth is though, German language folks are big readers in general. If you’ve ever walked around Germany or even a German-speaking country, you know that. You’ve seen the abundance of bookstores on the streets. And my husband’s family immigrated to the U.S. from Germany long ago. It seemed a natural fit. 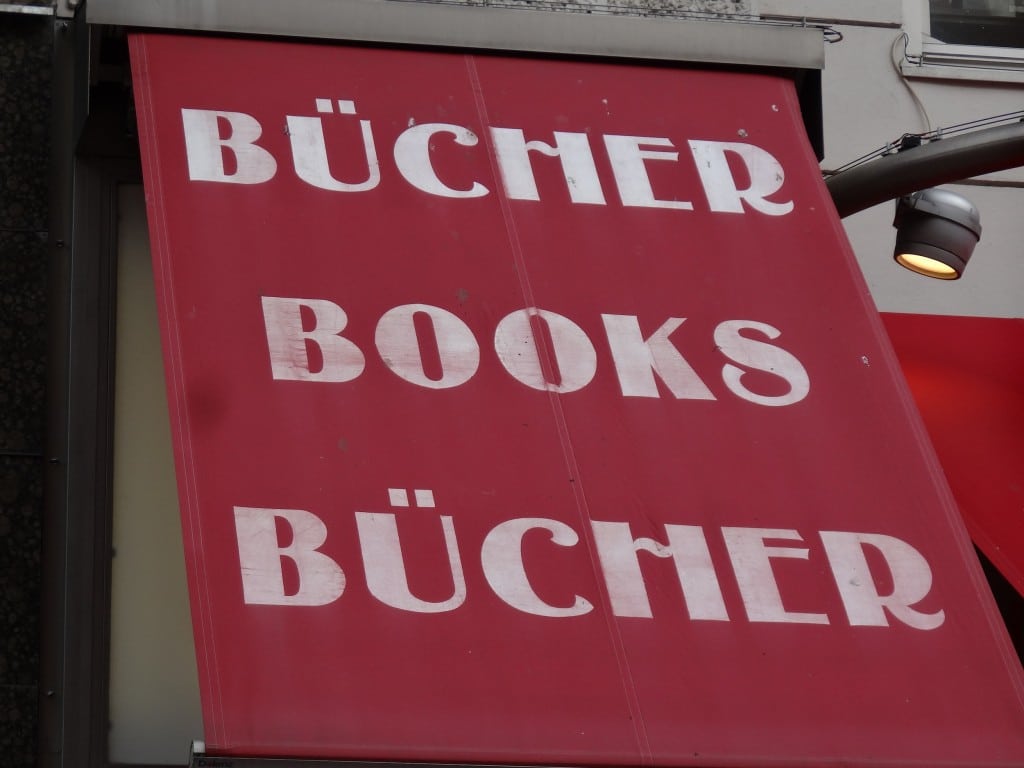 Also, German readers especially love thrillers. I can’t blame them. Can you?

BD: We’ve got something in common there! So back to the individual books and their translations, I know that Don’t Know Jack is called, in the German translation, Wer Ist Jack? It sounds like that translates to Where Is Jack? Is that correct?

DC: No, actually. The literal translation of Wer Ist Jack? is Who Is Jack? Where is Jack would be Wo Ist Jack. That’s an entirely different book that I haven’t written yet. The English title means that FBI Agents Kim Otto and Carlos Gaspar are hunting for Jack Reacher, a suspect whom they know absolutely nothing about. They have almost no information to start with except a very thin file containing some frightening facts about the man. They literally Don’t Know Jack Reacher at all. Unlike the rest of us, Otto and Gaspar have never even heard of Reacher. But as the story progresses, they find out that they also don’t know a lot of things about Reacher’s world and the people in it, either. Some of what they don’t know is more deadly than what they do know.

[Editor’s Note: Diane winks here and sips from one of her trademark “Licensed to Thrill” travel coffee mugs. Writers’ fuel at the ready!]

BD: What about Jack and Kill? The German translation of that book is Jack Auf Der Spur. How does that translate?

DC: That translates to “On the track of Jack/to be on to Jack.” Perhaps we’d say it more succinctly as On Jack’s Trail. Which is kind of fun. Maybe I’ll use that title for another book. But then what would we call the German translation? Hm, I guess that presents a problem. Anyway, as for the other books — Jack in a Box became Verabredung Mit Jack. Which means Appointment with Jack or Date With Jack if you translate it back to English. And Jack in the Green became Jack in Grün. That one’s easy. The translation is almost the same.

BD: And the reason some of the titles don’t translate exactly is…?

BD: Okay, now this fascinates me. The book cover for Don’t Know Jack is different. Like the entire graphic design. Completely different. I love it. But why? 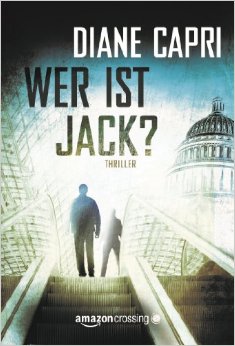 DC: My cover artist, Cory Clubb creates most of my covers. He does a spectacular job. But this one was done by my German language publisher for that book, Amazon Crossing. Isn’t it great?! I’m not a graphic artist or a German scholar, but there are differences in German reading tastes and sensibilities that the German covers must speak to as well.

BD: How about the actual translation of the book? Have you ever gotten any interesting or surprising questions from your German translators? Like maybe the translator was picking up on some language idiosyncrasy that wasn’t on your radar?

DC: All the time! It’s the cultural differences, usually, that don’t translate precisely. My German language translator, Antje Kaiser, is amazing. She worked closely with Judith Zimmer as well. Both of them did a wonderful job on all four of my books.

If you’re interested in how the process works, there’s an interview on my friend Joanna Penn’s website [http://www.thecreativepenn.com/2014/08/19/german-translation-pentecost/] – an interview with a German translator. And she points out something very important. A translator is more than an English-to-German dictionary. Much more. The translator is responsible for keeping the same voice and tone and style as the author. So the translator has to choose the best translation very carefully to keep that tone on the page, and sometimes it means taking creative liberties. Which I’m all for! The more creativity, the better!

BD: Do you plan to publish translations of your other books?

BD: And when that happens, I trust you’ll update us on your website and in your twice-a-month NewsFlash! newsletter?

DC: Of course. You know me too well.

BD: That gives me peace of mind. I’ll run along now and leave you to your coffee and writing. Caffeinate and carry on!

Diane here again now. Beth Dexter stole my line, but I’ll have the last word in a minute here! 😉 First, a quick thanks to Beth for the interview and a huge thanks to YOU for reading, whether it be in English or in German!

Do you read German? Do you know someone who does? If so, please pass this blog along to them!

Sunday Special: The Importance of Body Language
Is Jack Reacher Hiding In An Ecocapsule?

One Response to Q&A: My German Book Translations