What Are Bitcoins and Why Do Criminals Like Them?

What are bitcoins? Sounds like something you’d find in the sand at the beach with a metal detector, doesn’t it? I found out a few things about bitcoins when I was researching False Truth 8: A Jordan Fox Mystery. But the concept is so abstract, I’m still trying to wrap my head around it! 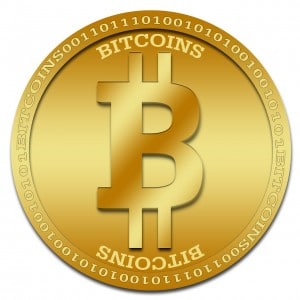 A special I caught on television explained that a bitcoin is a form of currency that lives only in the digital world, works as real money in real-life transactions, including some brick-and-mortar stores, and it is especially unique because it bypasses banks completely. Sounds like a perfect way to collect extortion payments in a mystery, doesn’t it?

Bitcoins are stored in a digital space. So your digital bitcoin wallet exists in cyberspace, accessed through your phone, or on your computer.

When a sale is made, the bitcoin wallet holder’s name is never revealed or recorded. That’s true for both the buyer and the seller. That’s why bitcoins are an ideal mode of currency for criminals, which is why they worked perfectly for the small but important part they play in False Truth 8: A Jordan Fox Mystery.

The price of one bitcoin is constantly fluctuating, but at the time of publication you can buy one bitcoin for $291.33.

“Bitcoin has received a measure of support from officials at the Federal Reserve, including [then] chairman Ben Bernanke, who said the currency ‘may hold long-term promise’ as part of the international payment system.”

Lawmakers are considering government regulation for bitcoin, but right now, there isn’t much.

A number of regular merchants in real life (sandwich shops, Target, CVS) as well as some online merchants (Amazon, Overstock) accept bitcoin as a form of payment. When the purchase is made in person, you hold up your phone to the vendor’s device, it makes the financial exchange in cyberspace, and your payment is done without ever touching a plastic card or paper. Bitcoins, however, can be exchanged between parties who never see each other. Hmmmm…..

We’re living in the future, aren’t we? Problem is, so are the criminals… So I just had to use bitcoins in False Truth 8: A Jordan Fox Mystery. Bitcoins are exactly what the El Pulpo cartel would use, right?

You can read about how bitcoins come into play in False Truth 8: A Jordan Fox Mystery.

2 Responses to What Are Bitcoins and Why Do Criminals Like Them?