By Diane on December 27, 2014 in Behind The Book, Blog, Hunt For Truth, Saturday Special

This week we asked you to name your favorite ‘festive flick that thrills.’ In other words, your favorite thriller or mystery movie that’s set around the holidays.

Die Hard was the winner by hard mile. Die Hard 2 was adapted from the 1987 novel 58 Minutes, by my friend, Walter Wager. Walter would have been so proud. 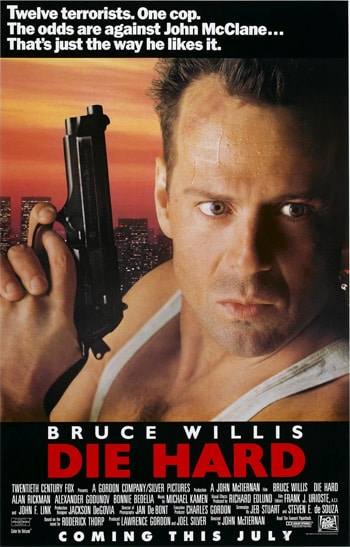 So I thought you might enjoy some Die Hard trivia in this weekend’s Saturday Special.

Thanks to IMDB for the trivia above.

Let me know how you do!

2 Responses to DIE HARD Trivia and Commentary from Diane Capri