Evie Preston has a difficult decision…

I’m excited to announce that the latest Flight 12 book is out today!!!

In case you’ve lost count, this is number seven in the series — though they need not be read in any particular order. 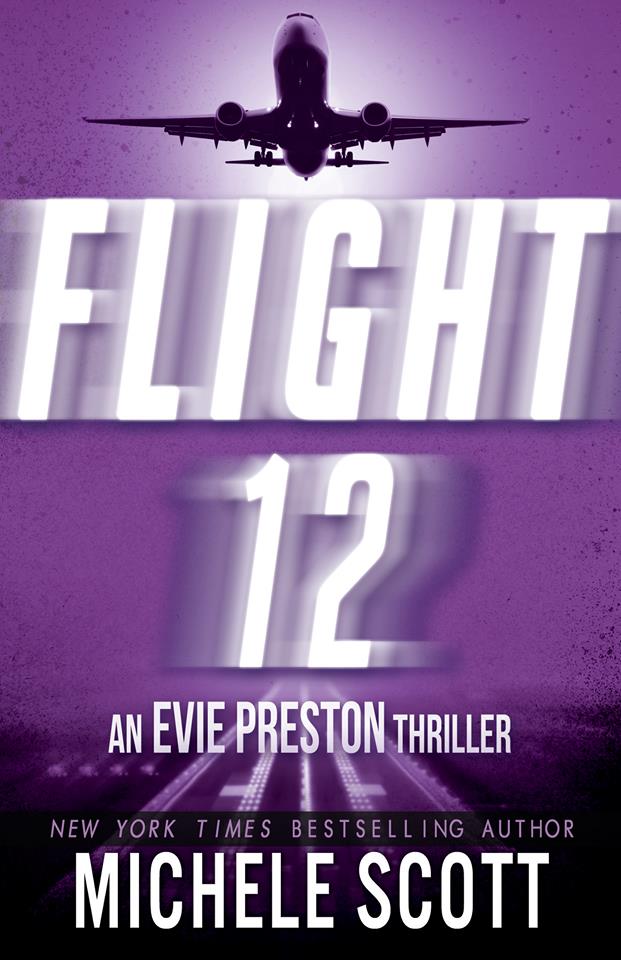 In Michele Scott’s Flight 12: An Evie Preston Thriller…
Evie Preston has the most difficult decision of her life to make. Remain in the here and now and pursue the dream opportunity she’s just been given. OR…find a way to the dark portal (where she risks never being able to return) to discover what happened to her missing sister and her dead boyfriend.

Flight 12 is a revolutionary series because each member of the New York Times Bestselling group The Twelve is publishing a standalone thriller, a new one released every month. In each book, a character boards Flight 12. Once everyone is aboard Flight 12, we will ask YOU, the reader, to help us determine the outcome of the story.

Here is the press release on what we know — but our passengers don’t — is going to happen to Flight 12:

A Skyway Airlines flight carrying 375 passengers and 13 crew bound for Rome’s Fiumicino airport from New York’s JFK International Airport has disappeared off the radar overnight according to airline spokespersons. Skyway Flight 12 had left New York at 12:00 midnight Monday evening and was said to be operating normally and in good weather conditions. According to sources on the ground, the plane, a Boeing 767, was piloted by an experienced flight crew who issued no alarm of any kind prior to vanishing somewhere over the Atlantic ocean east of Newfoundland. The 767 is said to be a reliable twin engine carrier that’s been in service since 1982 with an excellent safety record. While a catastrophic mechanical failure is presently being investigated, says an FAA spokesman, a criminal event is not being ruled out. Both sea and air rescue crews have been dispatched from the US, Canada, Newfoundland, and Ireland. This is a developing story.

Michele Scott, author of the latest Flight 12 thriller, is the New York Times and USA Today bestselling author of the popular Wine Lover’s Mystery series and The Michaela Bancroft mysteries. With over 1,000,000 copies in print and her mysteries reaching bestseller lists, Ms. Scott has a popular following. The author has been featured in The Writer, Romantic Times Book Club, San Diego Magazine, Touring & Tasting, WineCountry.com, The HorseChannel. com, America’s Horse, as well as on Good Morning, Texas, and hundreds of radio shows nationally. She also writes international bestselling thrillers under the name A.K. Alexander. Ms. Scott lives in San Diego, California with her husband, children and their many animals. You can visit her at http://www.michelescott.com for reading guides, contest info, event news and exciting new information.

2 Responses to Evie Preston has a difficult decision…