Why You Want A Female Governor

When I’m creating new characters, I usually do quite a bit of research to find precisely the sort of attributes I want the character to have. In the case of Helen Sullivan, the fictitious governor of Florida who partners with Jess Kimball in Fatal Distraction, the research was fascinating to me, so I thought you might like to know what I found.

An early fun fact I discovered was that the first female governor held the job for just ONE WEEKEND.

Carolyn B. Shelton acted as governor of Oregon from 9 am on a Saturday in 1909 until 10 am on the following Monday.

She wasn’t elected… but she got the spot for the weekend because the outgoing governor had to leave to take on a new job as senator, and the incoming governor was sick. 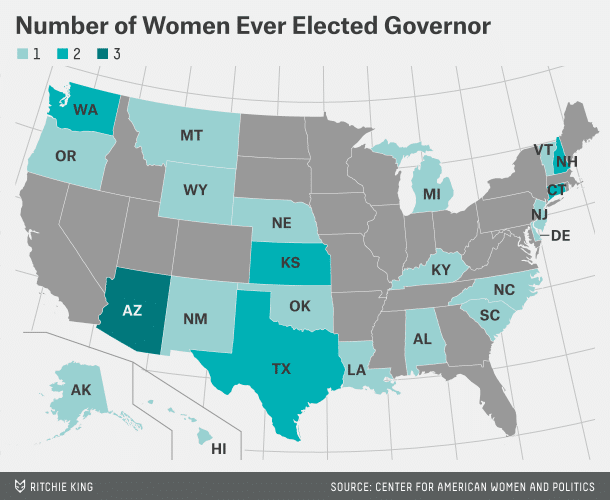 In Fatal Distraction, Florida Governor Helen Sullivan remains competently in place despite claims that her son was at fault in the car accident that killed him.

Helen’s poise rivaled Queen Elizabeth, some said, speculating that Sullivan was cold and unfeeling, but Jess [Kimball] rejected that explanation; Helen Sullivan was more complicated than that.
–Fatal Distraction

If you could create your ideal leader, what qualities would you give him or her? How about these?

These are the qualities that served  Governor Helen Sullivan so well.

In The Athena Doctrine, John Gerzema and Michael D’Antonio found that those very attributes — those listed above– are assigned more frequently to women than to men. That’s across the globe, across 125 different personality traits.

Again and again, people in business agree that a good leader is a good collaborator, innovative, transparent, inclusive, and a good mentor.

Many people assume that women make better leaders because they’re more nurturing. But that’s not exactly the case with Governor Helen Sullivan. And it doesn’t need to be.

The skills women have shown to be “most better at” than men are taking initiative, driving for results, integrity and honesty.
Source: http://www.businessinsider.com/study-women-are-better-leaders-2014-1

I hope you’ll get to know Governor Helen Sullivan even better and let me know what you think. To start, CLICK HERE.

What Are The Dog Days of Summer?
Loaded Rifle in Terminal Four

4 Responses to Why You Want A Female Governor