Where Is Madeleine McCann?

So many things can happen when we are not paying attention. Jess Kimball knows what Fatal Distraction is. Here’s a real life example. But first, a question for you.

If you were vacationing in Portugal from the UK, and you had a three-year-old daughter, would you allow her to sleep with the door unlocked while you ate dinner with your friends about 160 feet away?

That’s the situation reports say the parents of Madeleine McCann describe the night their daughter disappeared.

You probably remember the little girl’s face. The story was all over international news in May of 2007. 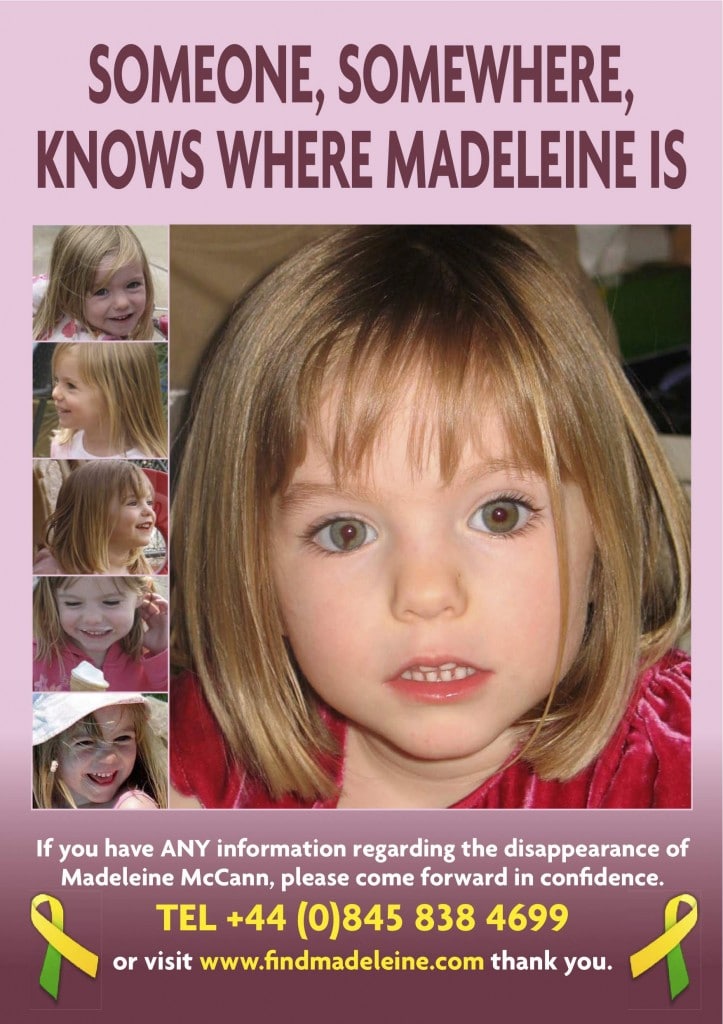 Madeleine’s mother wrote a book about her daughter’s disappearance. In that book, she says she and her husband left Madeleine and her two younger siblings sleeping in their rented apartment, while they ate dinner with friends at 8:30 p.m. About every 30 minutes, the McCanns reportedly said they or one of their friends went to the apartment to check on their children. At the last check, at about 10:00 p.m., Madeleine’s mother, Kate McCann, allegedly said she checked on Madeleine, only to find that she was missing. Media reports stated that Kate said she ran back to her friends at dinner, screaming that someone had taken her daughter.

Over the years authorities have considered several suspects, including Madeleine’s own parents. Apparently, they were given arguido, or suspect status, until July 2008 when the Portuguese Attorney General found that there was no evidence to link the McCanns to Madeleine’s disappearance.

One of the reasons I’ve been fascinated with this missing child’s case is because Madeline could be identified if she’s found. Many missing children are not so easily noticed, thus making it harder to spot them. This is one of the struggles Jess Kimball has in searching for her missing son, Peter, in Fatal Distraction.

Madeleine has a distinctive mark in her left eye. You can see it in the poster above if you look closely.
It was even featured on a poster with the words ‘LOOK’, with the mark drawn in the first ‘o’ of the word on the poster. 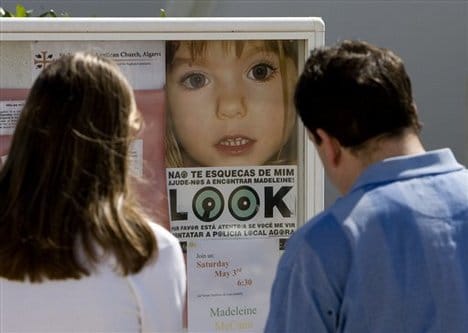 Her loved ones hope that mark will help find Madeleine. I hope so, too. Don’t you?

Recently, the McCann case has kicked up again. Police who are investigating her appearance have said “a substantial phase of operational activity” will begin. Will this activity produce answers to this case?

Here’s an age-progressed picture of what Madeleine may look like now, at age nine. 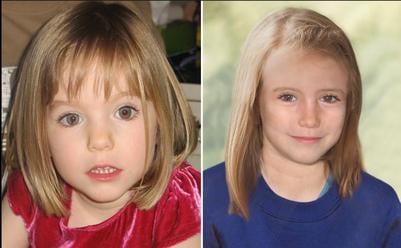 What do you think happened to Madeline McCann?

9 Responses to Where Is Madeleine McCann?