Tampa Gets Its Palace Back

There’s an institution in downtown Tampa that’s had a more interesting life than you, me, and Jack Reacher combined. It’s called The Floridan, and it’s a bar, a hotel, and a restaurant.

That doesn’t make it unusual. But its life story does.

The Floridan Hotel, also known as the Hotel Floridan, opened in 1927, with 19 floors and 316 rooms. Grand and luxurious, it was the tallest building in Florida until 1966. During World War II, its bar, called the Sapphire Room, saw a spike in popularity. Servicemen who were training to fly B-17’s over Europe hung out there, and the bar developed a wild reputation. 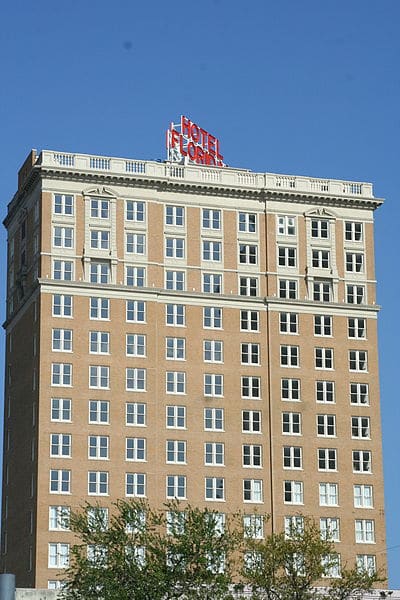 The hotel continued to thrive through the 1950’s, hosting big names including Gary Cooper and Elvis Presley.

But in the 1960’s, the institution saw competition from more modern “motels” along the city’s highways. Business declined, and the Floridan became more like an apartment building. It closed its doors to tourists and accommodated only long term renters.

The 1980’s were even darker years. The Floridan Hotel became a place for transients. They’d rent a room for a week or a month, and then be on their way. Finally, in 1989, the building closed because it failed to comply with firecodes.

For the next 23 years, the Floridan’s sign stayed dark. The building remained, but was overlooked and overshadowed by taller, shinier, buildings downtown. The people of Tampa forgot, or in many cases, never learned, about The Floridan’s lively history.

Now, I’m happy to say the Floridan is back in all its original glory! The building was purchased by a hotelier named Antonios Markopoulos. It was cleaned, restored, and expanded, while keeping many of the hotel’s original features. In 2012, it reopened as the Floridan Palace Hotel, and it looks like this: 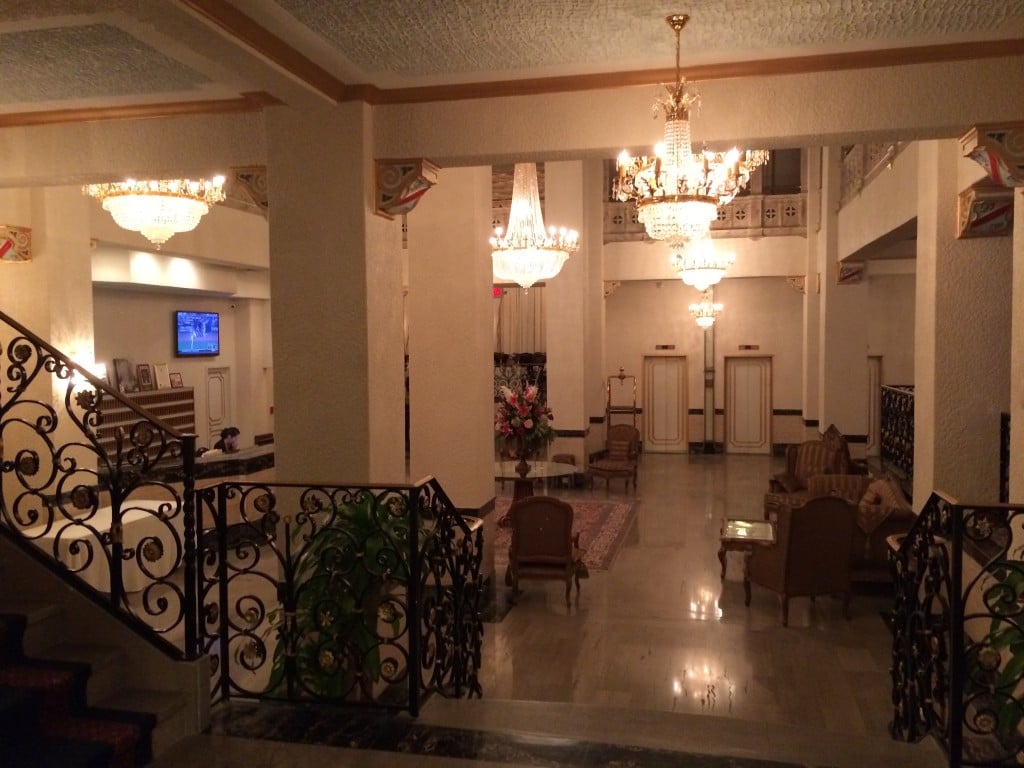 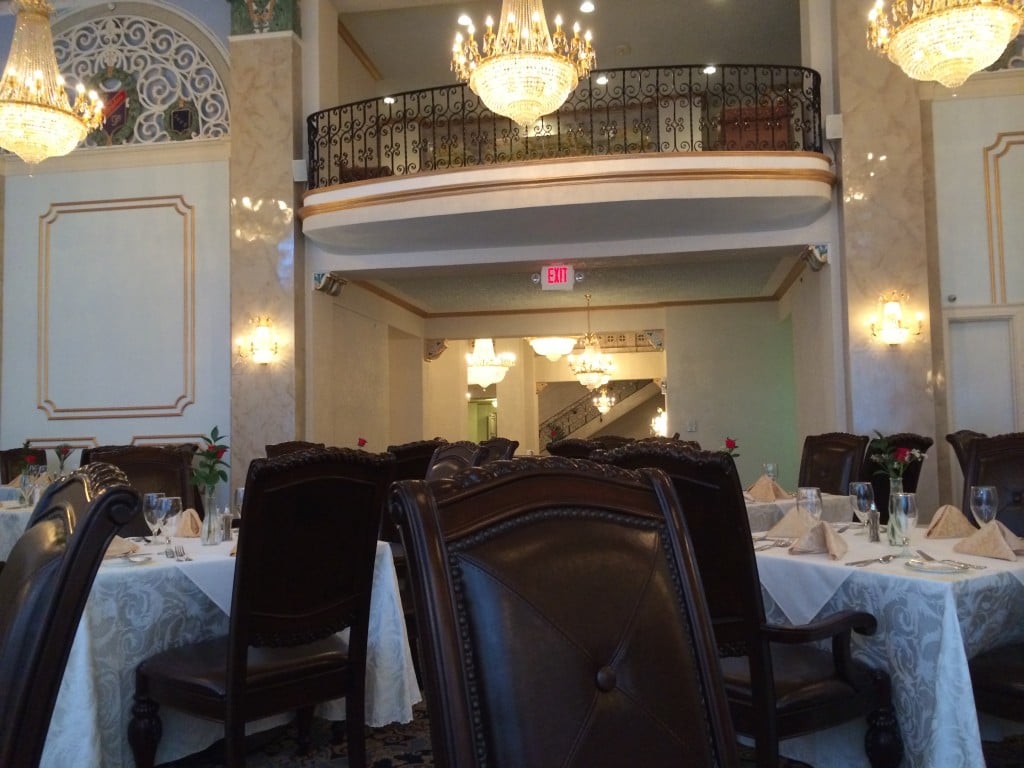 There’s a lovely lobby, the famous Crystal Dining Room, and of course, the Sapphire Lounge, which has cleaned up its wild reputation. 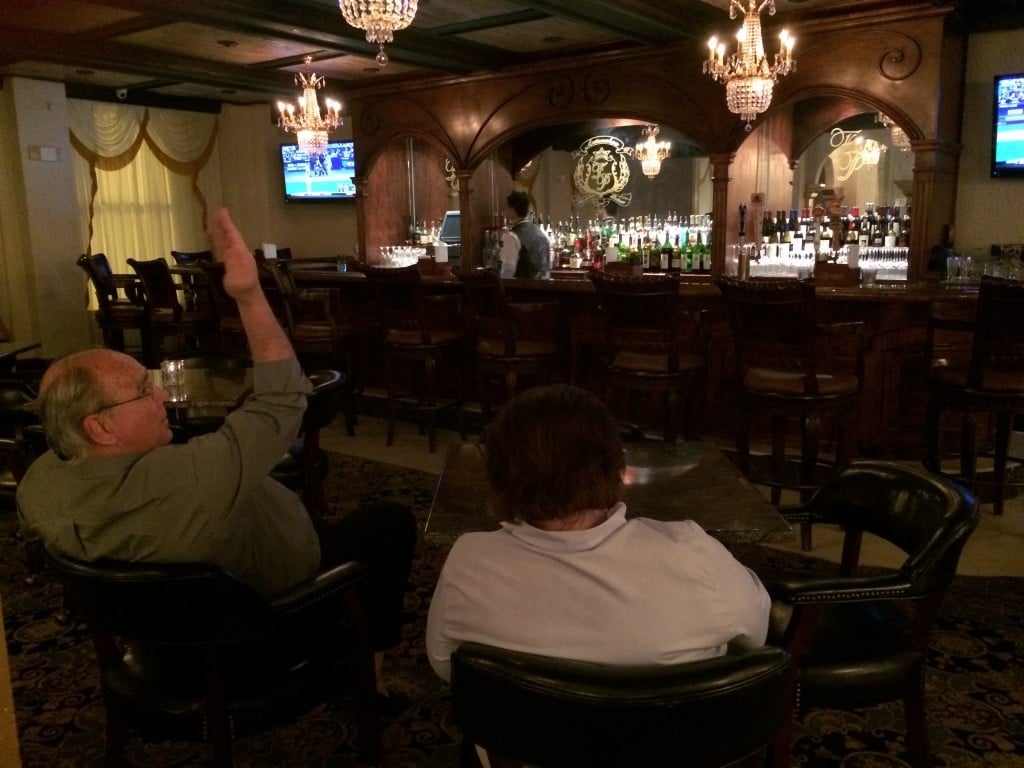 A ballroom has also been added, and there are plans to add a pool and a spa!

I’m always inspired by stories of restoration like this, and I think I just might have to use the Floridan Palace Hotel as a destination in my next book. I hope you’ll meet me there between the pages!

2 Responses to Tampa Gets Its Palace Back