But the craziest stories that come out of the Sunshine State are the ones that no fiction writer would ever make up. Because they’re just too bizarre.

Take this one, for example, as a proposed storyline. Here’s the way the story was related in the media. I haven’t verified any of it, so I  can’t say it’s all true. But the question is, if I made this stuff up and put it in a book, would you believe it?

Let’s say a famous professional wrestler lives on the west coast of Florida. His name is Terry Bollea but that’s not catchy enough for a wrestling moniker, so maybe he goes by the name “Hulk Hogan.” Say this guy has a tan, blonde bombshell of a wife, a teenage daughter who takes after her, and a teenage son who takes after him. In fact, the family is so attractive and out of the ordinary, they get their own reality TV show: Hogan Knows Best.

Already, this story is wilder than anything I’d have created.

Then, maybe  “Hulk Hogan’s” son, Nick Bollea, turns 17. He has a driver’s license. What if he becomes interested in a type of street racing called “drifting?” Yes, “drifting” is a real thing, apparently. Who knew? What is it? We’ve all seen stunt drivers do it in action movies. Here’s one definition: “Drifting is a driving technique where the driver intentionally or unintentionally oversteers, causing loss of traction in the rear wheels or all tires, while maintaining control from entry to exit of a corner.”

Again, who would do that on a real street in the real world?

Anyway, maybe Nick goes out driving one day in 2007 in a yellow Toyota Supra, and brings along a friend. But not just any friend. Media stories say he was a Marine. An Iraq War veteran. They go out driving on a palm tree-lined street in Clearwater, and the Supra crashes into one of the palm trees. Ambulances arrive, and the friend is rushed to the hospital. It’s bad. He has a broken skull. He’ll need medical and custodial care for the rest of his life. Nick Bollea pleads no contest to a charge of reckless driving and goes to jail for 8 months. The whole situation is terribly tragic. 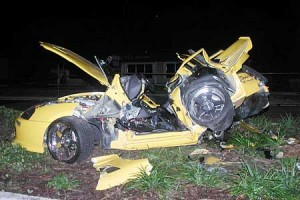 And the real story doesn’t end there.

In the midst of everything, the wrestler’s wife files for divorce.

Then, a feud ensues between the families. The injured friend’s family sues the Bolleas, saying they need millions of dollars to pay for medical care. The media circus continues.

It’s not over yet.

The friend’s parents separate. The father allegedly decides he wants his wife dead, so he hires a hit man.

How much does a hit man cost these days? In my recent book, Jack in the Green, one hit man was paid $500 back in 1996. But apparently prices keep going up everywhere, you know?

As the story goes, this husband offers the hit man $2,100 and a pizza gift card to kill his wife. Seriously. A pizza gift card! I mean, I love pizza as well as the next person, but we can get a great one around here for less than $20. Anyway, detectives reportedly say the husband requests his wife be killed in a car accident.

The wife’s response when detectives told her they believed her husband was trying to have her killed? “Hmmm. I always thought he was going to do it himself.”  Now there’s a line of dialogue I wish I’d written.

An undercover detective intercepts the alleged plan and the husband is sentenced to 10 years in prison. 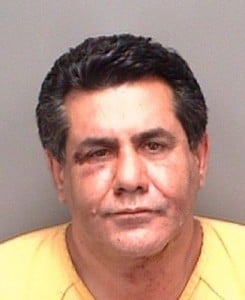 The wrestler and his wife divorced after more than 25 years of marriage. The families reached a confidential settlement in the civil lawsuit. The injured friend lives with his mother who says she spends her energy caring for her son and not holding anger. He’s in a semi-conscious state and, at last report, still couldn’t speak but can respond with arm movements and facial expressions.

The whole thing sounds like an Elmore Leonard story in some ways, doesn’t it?

What say you? If I’d made up this story and put it in a book, would you believe it?

And what about that ending? I’m not at all sure I’d be as forgiving as the mother here. Would you?