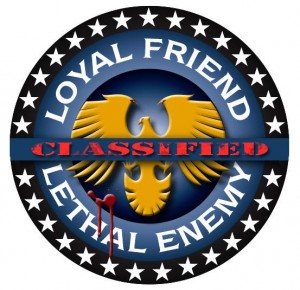 Lately, though, we’ve been talking about loyal friends. Friendship lessons from The Beatles. The new adventures of The Twelve (more coming on that soon!). Writing partnerships that require readers like you to make my stories complete.

You shared stories of lasting friendships you’ve enjoyed proving again that loyal friends are one of life’s great joys.

Today, I’m on my way to SleuthFest, a gathering of mystery/thriller/suspense writers in Orlando. Many of these writers are my friends. I hope I’ll make new friends there, too.

On Saturday, as I mentioned, I’m talking about writing the Hunt for Jack Reacher spin off series using Lee Child’s Jack Reacher books as source material. Once again, I’ll share the origin story for this series, which is not nearly as colorful as Lee’s story about writing the first Reacher novel after he lost his job in television. Lee has accomplished something most writers only dream about. And he makes it look effortless.

Many people ask me about my friendship with Lee Child, his support of my work and his incredible generosity.

I’ll confess that writing about Reacher is a challenging project and more than a little frightening. Reacher is beloved. Reacher’s fans are hugely protective. I know it’s important to get things right.

Hunting Jack Reacher is dangerous business for Agents Otto and Gaspar. Is Reacher a loyal friend or lethal enemy? I’m really looking forward to finding out the answer. Aren’t you?