Why Does Jack Reacher Kill? What Say You?

You all know I’m working on the next book in The Hunt for Jack Reacher Series. You chose the title here on the Licensed to Thrill Blog: Get Back Jack. And now, you’ve helped with a significant question about Jack Reacher.

Thank you everyone for participating!

Please do continue to leave your answers to my question. All of your answers have been excellent and thought provoking, to say the least! So much so that we decided to use a random.org selector for awarding the prizes because we simply couldn’t choose two “best answers.”

As promised, we’ve closed the entries for our contest and the two winners have been notified. You can read their entries in the comments section below. They are:
Entry #9 (Ronald Ballard) and Entry #4 (Jenny Anderson)

In case you missed it, here’s the rest of the original post:

Now, we have another question for you. Since we need your help, we’re offering a bribe, of course.

Otto and Gaspar are building the FBI’s Special Personnel Task Force Reacher File by interviewing Reacher’s old army buddies. Men and women who knew Jack Reacher as no one else does (except Reacher readers, of course). As only soldiers who relied solely upon each other for their very lives and survived to tell the tale can know a man. Which is pretty damn well, right?

Once, there were nine in their elite unit. Now, only four remain, and one of those four is Reacher.

If you’ve read Lee Child’s Back Luck and Trouble, you know exactly how Reacher’s five closest friends died. Once again, readers have the advantage.

Unlike you, Otto and Gaspar Don’t Know Jack, and they’re learning the hard way.

Together, we’ll all discover the rest of the Reacher story.

A huge piece of the puzzle for Kim Otto is Reacher’s essential nature. Why does Jack Reacher kill? Is he some kind of psycho? She doesn’t know. Right now, she believes the answer might go either way.

Don’t shoot me, but it seems to me the answer is: Reacher kills because he can. Hear me out first. Then for a chance to name a character in the new Get Back Jack, or for a new DVD or Blu Ray copy of The Jack Reacher Movie (your choice) tell me in the comments below: what say you?

Do we ever imagine Reacher without the ability to kill? Of course not. Nor does he.

Violence is always available as an option for Reacher. He is a man of supreme self-confidence. He never doubts his physical ability to prevail against all odds.

Yet, in the books and even in the Jack Reacher Movie, Reacher sometimes makes a non-violent choice. Why?

Lee Child said that Reacher always does what seems like the right thing to him. 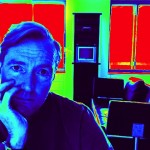 So a more essential question to Kim Otto is: what motivates Reacher to kill or not to kill? Can she possibly stay on the surviving side of Reacher’s choice?

As a practicing lawyer, I learned long ago that motivation is the most important piece of any human puzzle. The law calls this “intent” and reasons backward from the result of the act to the mental state that launched the behavior. Some types of “intent” carry worse legal consequences than others.

But Reacher will never have to worry about the nuances.

When Reacher intends to kill, he gets the job done, right?

Kim Otto is a lawyer by training and an FBI agent by profession. She sees the results of Reacher’s choice and she reasons in reverse, seeking the motivation that led to Reacher’s decision to solve a real or perceived problem by execution.

Because if Otto can figure out what makes Reacher kill, she and Gaspar might just stay alive.

With all apologies to Shakespeare, then, motivation is not simply the first and most important question in hunting Reacher, it is the only question that matters to Kim Otto.

But in Get Back Jack, Otto and Gaspar face another big question: what happens to the rest of us when Reacher fails?

What do you think? For a chance to win an opportunity to name a minor character in Get Back Jack, OR a copy of the newly released DVD of The Jack Reacher Movie (winner’s choice) leave your comments below and we’ll choose two of the best answers. We’ll announce the winners next week.

Will your character survive the Hunt For Reacher?

Folks, if you’re new here, you may not know that Readers are #1 with me! I love to hear from you! I see everything you send to me and reply as soon as I can. No exceptions! If I don’t respond to your e-mail within 10 days, let me hear about it!

Four fastest ways to reach me? Leave comments below this post.Join me on Facebook or Twitter or send me an e-mail using the form here: E-mail Contact

p.s. We have quite a bit of news coming up over the next few months and we don’t want to leave you out!Subscribe to my Licensed to Thrill blog and collect your free e-Book as our special thank you present for doing so. You’ll find the sign up in the right side-bar below my photo here: Blog  If you’re on our announcement list, you’ll be the first to know everything! We’ll send you infrequent e-mails letting you know when we release new books, offer free books, and share other fun stuff — ahead of everybody else. To sign up click here: Capri Crowd Announcement List

p.p.s.  Looking for tree books? Our new paperback publishing partner, Stonehouse Ink, has done a fantastic job with all 7 of my novels, now available from Amazon. Also, if you have new e-readers or friends with e-readers other than Kindle, all of my books are now available on KOBO, Nook, and yes — iTunes!

18 Responses to Why Does Jack Reacher Kill? What Say You?