A year ago, I began this unexpected indie journey. Along the way, I’ve been blessed to meet some amazing independent authors who helped me travel the path with unexpected warmth and generosity. If you’re reading and enjoying my books and this blog, we have these authors to thank.

Above all, these folks demonstrate every day that We Are Not Alone.

Over the next few weeks, I’ll be revealing some of these authors to you; writers who work hard to bring their shared love of reading to readers like us. We begin with my friend, the delightful young adult author from Nebraska, Jillian Dodd.

Maybe you’ve seen Jillian’s books at the top of the charts. She’s the bestselling author of That Boy and That Wedding. But the real question is: Who is That Girl? 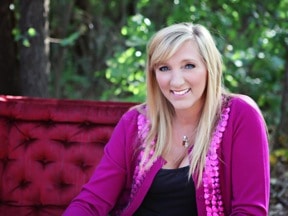 She doesn’t look like a woman who would drink from a keg in a cornfield, does she? That’s not all you’ll find surprising about this woman in pink here where Diane Capri Reveals Jillian Dodd.

Jillian Dodd grew up on a farm in Nebraska, where she developed a love for Midwestern boys and attended the University of Nebraska. It might be no surprise to learn she’s a Huskers fan!

Diane Capri: Jillian, where are your fans most likely to find you hanging out?

Jillian Dodd: It’s fall, so that means on the weekends I’m watching football. Even though we live in Texas, we have season Husker tickets. I go to as many games as my schedule allows. Three this year. My son is a nationally ranked semi-professional kart racer, so we spend a lot of time traveling, racing, and at the track. When I’m at home, I’m usually on my computer writing or working. I have a great office, but you can usually find me on our covered porch.

Diane Capri: Besides your son, who else is hanging out there on that porch with you?

Jillian Dodd: *laughs* Well, it’s crowded! I met my own prince in college, and we have two amazing children, a Maltese named Sugar Bear, and a Labrador puppy named Camber Lacey.

Diane Capri: As I said earlier, you’re the author of That Boy and That Wedding. Love the covers by the way…. 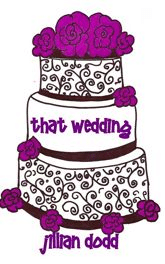 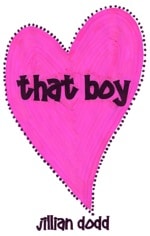 But you also have a new series, don’t you?

Jillian Dodd: I actually just released Stalk Me the first book in a new six-book series called The Keatyn Chronicles. The series is about a 17-year-old girl, who is the daughter of a famous actress. She has a life and luxuries most of us only dream about. But she’s at the age where she is questioning everything in her life. Are her friends really her friends? Is having the coolest clothes and the perfect boyfriend going to make you happy? Should you listen to what your friends say or do your own thing? So while she has a glamourous life, inside she goes through all the same things we go/went through as a teen. Friends. Boys. Love. Sex. Peer pressure. I’m having a ball writing it. If it were a TV series, it would be one of those guilty pleasures. Like my addiction to Gossip Girl and Pretty Little Liars.

Diane Capri: That all sounds like great fun for your young adult readers. Tell us, when do you work? Are you a morning person?

Jillian Dodd: I am definitely a night person. Our house is always very busy. We have three dogs, two teenagers with lots of friends that like to hang out here because of the huge bowl of candy we always keep, and a husband that offices from home. Night time has always been my most productive time. It’s quiet. I can think. And I seem to be most productive. It’s not unusual for me to be up working until 2 or 3am. 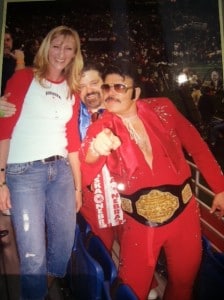 Diane Capri:  You look like you’re having a great time here. Anyone ever give you a piece of advice that’s really stuck with you?

Jillian Dodd: This advice wasn’t recent, but something my grandpa told me. “If you can’t dazzle them with brilliance, baffle them with bullsh*t.” Although my writing career started later in life, I have always made up stories. So baffling people with stories that sound real has always sort of been my specialty.

Well, Jillian, we can see that you’re having a great time these days! Readers can interact with you and your daughter, Kenzie at the blog you write together, Glitter, Bliss, and Perfect Chaos. Check it out, everyone — and meet the Husker Fan for yourself at  www.JillianDodd.net  Click here to connect with her on Twitter, or Facebook. Or leave a question for Jillian in the comments below.