Unlike Charlie Rose, I can never seem to get my guests to sit for a three-hour chat. Which is unfortunate because we’ve got enough questions to last all day for today’s celebrity author and Dream Team of One, Paul Levine. 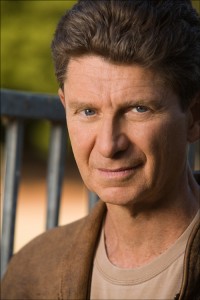 You no doubt know Paul as the author of 16 books, including 3 stand alone thrillers, 8 in the Jake Lassiter series, and 4 in the Solomon v. Lord series, and his latest caper, Paydirt.

Perhaps you don’t know that Paul Levine, recovering from knee surgery and walking with a cane, served as Jack Reacher’s defense attorney extraordinaire, and in a feat never before attempted or accomplished by any living lawyer, his client was acquitted by four juries at once. I know because I was there.

Diane Capri: How about it, Paul? After that amazing legal success, did you get your own reality TV show?

Paul Levine: *Laughs* I wish! I was already writing for TV in addition to my novels, as you know, but no one wanted to put me in front of the camera.

Diane Capri:  But I remember you left Florida when you got heavily involved with the hit TV show, JAG, wasn’t it? And a few others?

Paul Levine:  JAG was a lot of fun. High pressure, but we lawyer-writers thrive on that, as you well know. Co-creating the U.S. Supreme Court drama called First Monday with James Garner and Joe Mantegna was as close to reality TV as I came.

Diane Capri:  What did you learn about writing while you were working with Hollywood?

Paul Levine: Screenwriting improved my dialogue and made it snappier. It didn’t increase my speed. It takes me longer to write something decent now than it did 15 years ago. But Elmore Leonard is still doing it at age 85, so I’ve got a few good decades left.

Diane Capri:  You recently entered independent publishing in a big way with the reissue of your out of print Jake Lassiter novels first. Tell us a bit about that. 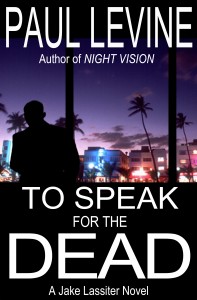 Paul Levine:  Like you, I didn’t think about indie publishing until the past couple of years. My backlist Lassiter books had been out of print for a decade and in the Summer of 2010, there was no reason not to try offering them as e-books. It was great when Lassiter fans bought them again, and even more fun when a whole new group of readers discovered Lassiter for the first time. I know we’ve discussed this and you feel the same way about your Willa Carson books.

Diane Capri:  Exactly. It’s great when new readers breathe new life into books we worked so hard to write. While your Lassiter e-books were selling well, did you continue writing for traditional publishing?

Paul Levine:  I wrote Lassiter, which came out in hardcover. It’s the eighth book in that series, but the first one since 1997.

Diane Capri:  Count me among one of the early Lassiter fans. Tell us a little bit about Jake. Is he still drinking Grolsh?

Paul Levine: *Laughs* Not only is Lassiter drinking Grolsh, but I am, too.   Jake lives in Coconut Grove and Key Largo, Florida. He grew up down there. Tough guy. Played a little football, went to night law school and took the bar a few times before he passed. He has a few clients, handles a few problems between beers and football games.

Diane Capri: What about your other backlist books?

Paul Levine:  The reception we got for the Lassiter series inspired me to buy back the rights to half a dozen of my books that were still in print to publish as e-books.

Diane Capri: Which books are those? And when will we be able to buy them?

Paul Levine: I bought back rights to all four of the Solomon v. Lord books that were optioned by CBS but never picked up; Illegal, a stand alone set in California; and then Lassiter, the eighth book in that series. Our plan is to have them published in April.

Diane Capri: This month you published a Kindle exclusive e-book, Paydirt. The book description seems a little different from other books you’ve written. Is it?

Paul Levine:  Paydirt is a caper novel. It’s about down and out bookie’s attempt to fix the Super Bowl. I had a lot of fun writing it and readers are enjoying it.

Diane Capri:  Now, seriously. Here you are leaving the courtroom with your client. I know Ali Karim called you silvery-tounged, but this is total fiction, right? How could you get Jack Reacher acquitted four times in one trial? 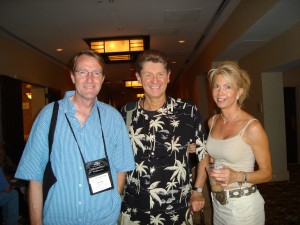 Paul Levine:  You should know it’s all about the witness, Diane, and mine must have been amazing. All I can say is lots of people find out they Don’t Know Jack.

Diane Capri:  That is so true! *laughs* What are you writing now?

Paul Levine:  I’m working on a new Lassiter novel and a new Solomon v. Lord novel, too. Both set in Miami.

Diane Capri:  Hmmm. You’re not working in LA television studios every day any more, writing a couple of novels set in Miami. Let’s see, I seem to recall your son lives here, too, doesn’t he? *grins* You’re moving back to Miami, aren’t you?

Paul Levine: Well, my daughter lives in New York, and we’ve been doing this triangle thing across the country for a while, which is no fun. I’d say it’s likely I’ll be back in Miami fairly soon, if I can persuade Niki and Taxi.

Paul Levine:  They look like the inspiration for Solomon v. Lord, don’t they? 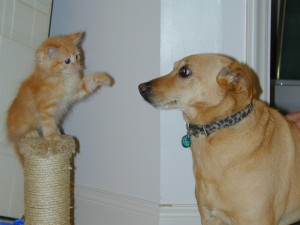 Do you have a favorite Paul Levine novel? Which one? Why?

We are thrilled to report that Don’t Know Jack is receiving a welcome reception both from readers who’ve never met Jack Reacher and those who love him. Either way, readers ask great questions, such as: Reacher fan: Fifteen years ago, in The Killing Floor, Jack Reacher came to Margrave kind of by accident. He got […]

Today, I’m pleased to have in the hot seat my friend and celebrity author Grant Blackwood. Grant is the author of the Briggs Tanner thriller series, but you probably know him best as Clive Cussler’s co-author on the New York Times bestsellers Spartan Gold, Lost Empire, and Kingdom. Or maybe you caught Grant’s work as Tom Clancy’s […]

By Diane on February 9, 2012 in Blog, Diane Capri Reveals

Although he’d be embarassed to hear me say so, the truth is this: James Patterson is a superhero. His accomplishments are astonishing and inspiring. Check out his biography, which lists too few of his achievements and includes this typically modest understatement, “Patterson is a life-long champion of books and reading.” His ReadKiddoRead program, Pageturner Awards, […]

Don’t Know Jack: Behind the Book

The Hunt For Reacher Begins now: Don’t Know Jack Here’s the setup: It’s been a while since we first met Lee Child’s Jack Reacher in Killing Floor. Fifteen years and sixteen novels later, Reacher still lives off the grid, until trouble finds him, and then he does whatever it takes, much to the delight of readers […]

Harper’s Hell: Behind the Book

I love e-books. I’ve loved my Kindle since the moment we met. Yet, although I’ve been writing my entire life and owned a business for decades, indie publishing seemed foolhardy. Too many mountains to climb, too much resistance, too hard, too much investment, too little reward, I thought. But the situation is not what I […]

Annabelle’s Attack: Behind the Book

If you loved Carly’s Conspiracy, you’ll enjoy Annabelle’s Attack, too. Let me share a bit Behind the Book with you. Young lawyer Jenny Lane is hardworking and ambitious. She’s landed her dream job at a large Tampa law firm. She’s put her personal life aside for now and dedicated herself to work. Her career is taking […]

Carly’s Conspiracy: Behind the Book

The New Year is a time of rebirth, isn’t it? My first published novel, Carly’s Conspiracy, has recently been revised and reborn after years of wasting in the no-man’s-land left behind when traditional publishers go bankrupt.  Indeed, all four of the Judge Wilhelmia Carson novels have been revised and reborn. I couldn’t be more thrilled […]

It’s been a slow week, Tweets That ‘Twas-wise. Folks were spending time with family over the holidays, which is as it should be. Those same holiday celebrations probably kept a few of you from our worthy tweets, hm? Read-worthy blogs and articles we shared this week reprised: First, be sure to listen up! Jennette Marie […]