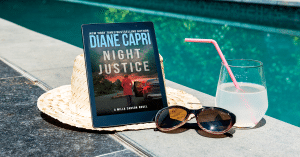 Despite its beautiful beaches and gorgeous weather, Florida is home to some cold case murders that for years have left more questions than answers.

According to published reports, on the morning of Feb. 15, 1991, a deceased female was discovered by a group of windsurfers just off Florida’s U.S. 1 near Mile Marker 35. The girl was found in the woods, naked and lying face down. Her bikini top, which had been used to strangle her, was still wrapped around her neck. The rest of her clothes, a cardigan, and a pair of black moccasin booties were found nearby. No identifying information was found.

Due to her warm clothing and lack of tan lines, it was believed that the girl was not a Florida resident. Stretch marks indicated that she had likely carried a baby to full term. A forensic examination determined that she was around 18 years old. 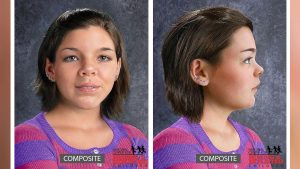 Witnesses reported seeing the girl hitchhiking on Valentine’s Day, Feb. 14, 1991. The last reported sighting was at approximately 6:30 p.m. near the Mile Marker 17. Without a name or any other information, the case was dubbed the Valentine Jane Doe Homicide.

For nearly three decades investigators attempted to uncover the girl’s mysterious identity and bring her justice. Despite over 4,000 pages of investigative documentation and coverage from high profile television shows such as “Unsolved Mysteries,” no answers were found.

29-years after Jane Doe’s death, published reports say, came a breakthrough in her case with the help of new DNA technology. She was identified as an 18-year-old from Hornell, New York. The girl formerly known as Jane Doe was actually Wanda Deann Kirkum. Kirkum had never been reported missing to authorities. 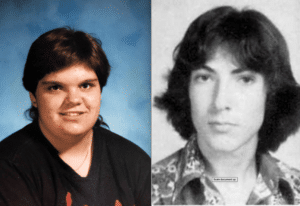 It was reported that DNA was also used to identify Wanda’s killer as Robert Lynn Bradley. Bradley was murdered in Texas just a year after he killed Wanda. He died at the age of 31. Bradley was likely living in the Miami area around the time of Kirkum’s murder.

Both of Kirkum’s parents died before her body was identified. Very little is known about Kirkum. Despite the tragic circumstances and numerous hurdles, and although it is very little comfort, after nearly 30 years Kirkum’s story has been told and her name has not been forgotten.

Not familiar with Willa Carson’s fictional cold cases? She loves to run along Bayshore Boulevard, Florida’s longest continuous sidewalk, as well as race the dolphins every day in her convertible sports car and deliver Due Justice without brawling.