Are you a runner? I’m an occasional runner, but Judge Willa Carson is devoted to the sport. She’s the star of my Hunt for Justice Series.

Running isn’t just a random activity that I drew out of a hat for Willa Carson. It makes perfect sense that she’s a runner, based on the numerous benefits of running from improved sleep quality to problem-solving. You can read more about the benefits of running here. 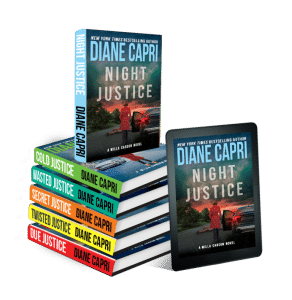 Between Tampa Bay’s sunny weather and numerous scenic walking trails, it’s no surprise that running is a pastime for many locals. One of the most popular routes is the Bayshore Linear Park Trail, which features 4.5 miles along the waterfront. Of course, there are also numerous urban courses to choose from for long-distance runs, but for Willa, the Bayshore works great.

Although running is often a solitary sport, Tampa’s expansive running community has provided an avenue for connection and fun for many residents. The city offers a variety of running groups that cater to runners of every ability and interest. One of the most longstanding groups is the Tampa Bay Runners which has been providing people with social running clubs for over 30 years.

Groups such as Running for Brews cater to those who are passionate about good food and beer as they are about fitness. The group gathers weekly for runs that end at various craft breweries. Sounds fun, doesn’t it? There is even a growing number of stroller racing groups that offer parents with young kids a family-friendly way to participate. 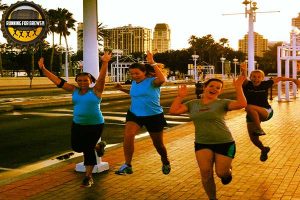 With so many runners, it’s no surprise the city hosts hundreds of races each year, drawing runners from across the globe.

One of the most popular events is the Gasparilla Distance Classic. The event takes place in late February or early March, on Bayshore Boulevard. Each year over 30,000 participants choose a variety of distances to run from 5K to a half marathon.

Another popular race is the Tampa Bay Times Turkey Trot, which takes place on thanksgiving. This fun event is known for its unique turkey-themed costumes, as well as the money it raises for local charities.

The Lauber’s Florida Halloween Halfathon is another well-attended event, known for its fun prizes and creative costumes. Some of the costume categories include the best villain and best celebrity.

The Night Nation Run is another unique spin on traditional races. Blending running with a music festival creates a once in a lifetime experience. Participants can enjoy a live DJ, lights shows, and bubbles as well as extravagant after-parties. 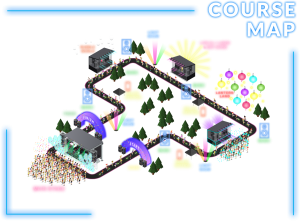 For tourists who are just passing through or those who aren’t interested in participating in races can still enjoy the sites while breaking a sweat by participating in a private Tampa Running Tour. Visitors can select a route then enjoy a guided tour ending in a tasty treat at the end.