Who is Holding Your Phone Hostage?

We thriller authors engage in fascinating research before creating our exciting plots. Our research helps us craft stories we hope you’ll find thrilling when you read them.

That’s why I like to write about technology and the dangers that accompany it. This kind of “invisible danger” fascinates me, and you’ll find references along these lines in my mystery and thriller books. In my Hunt for Jack Reacher series, Jack Reacher himself is the invisible danger. 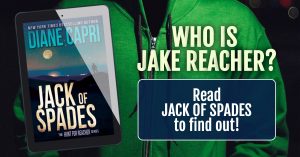 Previously, I wrote about how your mobile phone could be held for ransom by scammers. A growing number of criminals have been using ransomware to hijack and hold cellphones and computers hostage.

Cybercriminals encourage unsuspecting individuals to click on infected links, videos or apps that will automatically download ransomware onto that person’s device. Once a device has been infected, it will freeze and a screen will then pop up with a message requesting money, often in the form of bitcoin. Ransom for individual devices is typically a few hundred dollars.

In 2014, a pre-teen from Tennesse was targeted after she clicked on a music video. Unfortunately, the video installed malicious software on her Android phone. The ransomware also downloaded child pornography before locking her device, with a threatening message to pay the $500 ransom or be reported to authorities for the pornography. This form of extortion is popular among some cyberware criminals because it can scare victims away from reporting the cyberware to the authorities. 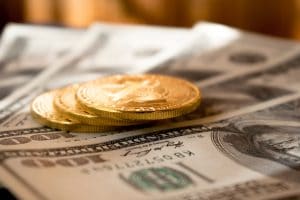 More savy criminals similarly target larger corporations by hacking into a company’s network and infecting as many computers as possible. Ransom for a large corporation is often hundreds of thousands of dollars not including the cost of damages caused by the interruption of services and potentially lost or stolen data.

One particularly malicious cybercriminal group is called SamSam. This group is believed to have attacked over 67 organizations in 2018., resulting in $30 million in damages to victims, and an estimated $6 million ransom payments. The group has been linked to the attacks on the city of Atlanta in March 2018, as well as an attack on the Colorado Department of Transportation in 2017. Just this year, another group called RobinHood used ransomware to attack the city of Baltimore, requesting over $100,000 worth of bitcoin. Unlike many institutions that have been attacked, Baltimore refused to pay the fee, despite nearly eighteen million in losses.

Regardless of the high cost, many believe that Baltimore made the right choice. Criminals have often shown not to follow through on promises after receiving the ransom. 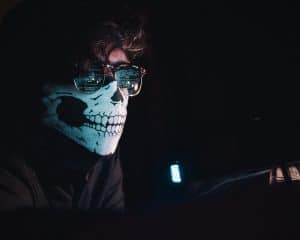 When it comes to ransomware, prevention is the best method of protection for both individuals and larger organizations. You can protect yourself by investing in security measures, and backing up information regularly. If your device is attacked you should notify law enforcement immediately.

Be vigilant out there, folks, and please, share this article with your friends to alert them to the risks of ransomware.

If you’re intrigued by the real-life elements of cybercrime, you’ll be interested in reading Jack of Spades.

Has Your Phone Been Hacked? Pt. 2
IS SOMEONE LISTENING TO YOUR HEARBEAT? Pt. 2