By Diane on May 23, 2017 in Beyond The Covers, Blog, Jess Kimball Thrillers

Book #7 in the Jess Kimball Thriller Series is Now Available!

Early reviews for Fatal Game are coming in now and they are stellar! (Whew!) 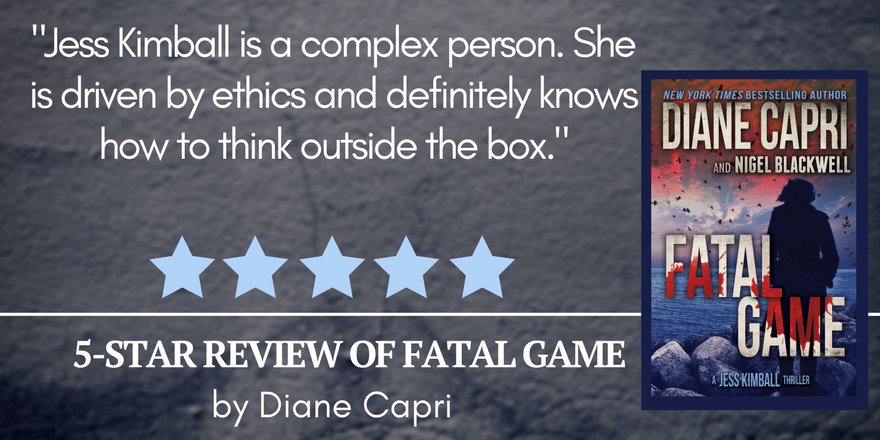 When the world is against you, get Jess Kimball on your side!

A heart surgeon is in prison. His wife kidnapped. Her driver murdered. The police files are thick. Video footage and telephone calls. Statements and witnesses. The evidence is obvious, but the doctor claims it’s not true. Out of options, he begs Jess Kimball to nail the ruthless killer whose crimes are the ultimate game.

Jess Kimball is an investigative journalist. But she’ll never be the type to sit and work at a desk all day. Jess is on a mission: find her missing son, who was kidnapped as an infant. And, along the way, work for victims’ rights, crusading for justice as one of the country’s top journalists at Taboo Magazine.

Get Fatal Game from the retailer of your choice HERE.

To get a flavor for Fatal Game, you can find some of the blogs I’ve written relating to and leading up to the release of Fatal Game:

Want to see Jess Kimball in Action?
Well this is exciting… Cast your vote!