In Jack and Joe, FBI Agents Kim Otto and Carlos Gaspar fly to Nashville, Tennessee, then drive a Crown Vic to continue the Hunt for Jack Reacher.

Planes and cars? How antiquated. Elsewhere in Nashville, there’s a golden box that’s capable of teleportation! 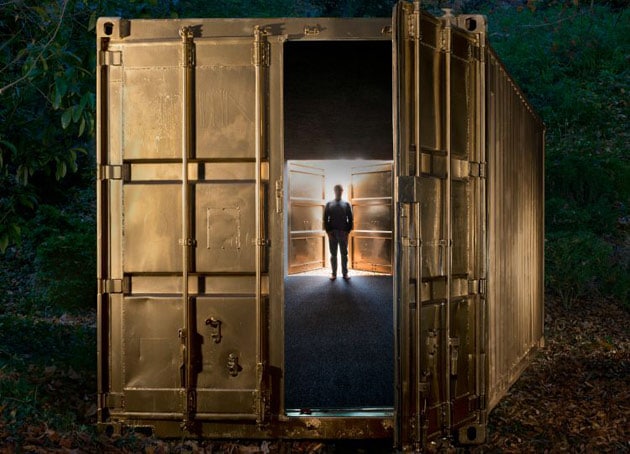 The big golden shipping container sits on the lawn of of Vanderbilt University in Nashville where students, professors, and anyone who signs up can step inside and have a life-size conversation with someone in Mexico City. 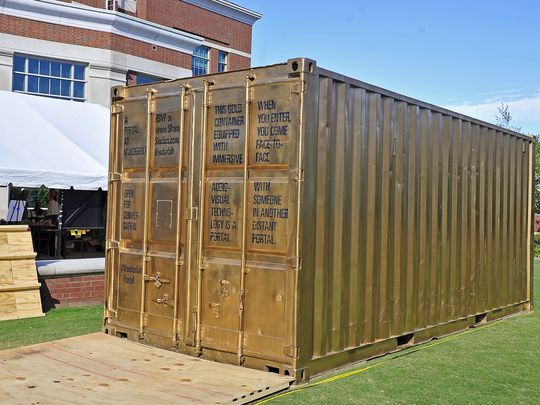 Inside the box is an 8-foot tall projector screen. With the help of multiple cameras, microphones, and Wi-Fi, the person inside the box is able to have a full-body conversation with whoever may be in a similar box in Mexico City, in real time. It’s all part of an art project called Portals… which has placed similar boxes all over the globe including Cuba, Afghanistan, Iran, NYC, and Zimbabwe.

The idea of having a conversation with a stranger is part of Vanderbilt’s effort to expand diversity. Which is similar to the goal of the art project as a whole — simply have a conversation with a stranger from another culture. Discover what you have in common. Expand your worldview. Who knows who you’ll find on the other end? Maybe Otto and Gaspar could find someone who knows someone who knew Joe or Jack Reacher. Hey, six degrees of separation, right?

Do You Crave The Rest Of The Story?
Saturday Special: May Your Ending Be Unexpected