By Diane on August 8, 2015 in Blog, Hunt for Jack Reacher, Hunt For Truth, Saturday Special

FBI Special Agent Kim Otto of my Hunt for Reacher thrillers has some general rules for personal behavior, similar to the list of Jack Reacher’s Rules. One of Otto’s internal dilemmas is that she’s terrified of riding in planes. A common fear, for sure. But one of her rules is “Ignore the fear and do it anyway.” So she travels by plane because she couldn’t do her job otherwise and because she’d never let fear stand in her way. Not ever.

Here are some of the more uncommon fears listed on Merriam-Webster’s website. Some of these would be interesting character traits, wouldn’t they?

Toxiphobia: Abnormal fear of poisons or being poisoned

Kathisophobia: Fear of sitting down 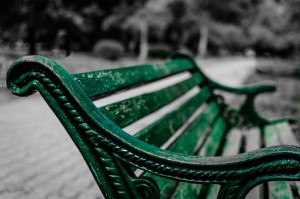 Amaxophobia: Fear of being in or riding in a vehicle

In the Hunt For Truth Mystery Serial Jordan Fox isn’t fearful by nature, but she’s appropriately apprehensive about her own safety. The Vodou religion worries her when she’s in Haiti– but she doesn’t realize Vodou is different than voodoo. Do you know the difference?

I wonder if there’s such a thing as fear of falling out of a hammock. Because, as I mentioned on my Facebook page, I found one that looks little more stable than most hammocks, which can be scary! 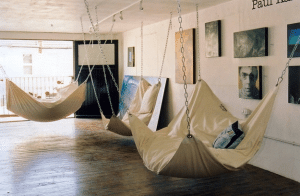 I could definitely spend a long afternoon reading here. You too?

Do you have any unusual fears? Press the “Comment” button below and let me know!  🙂