A Photographic Tour of Bayshore Boulevard

Do you know one landmark that’s referenced in almost every one of my books set in Florida? Bayshore Boulevard in Tampa. That’s because it’s one of the true gems of the city. So I wanted to introduce Bayshore Boulevard to those of you who haven’t had the pleasure of meeting it. 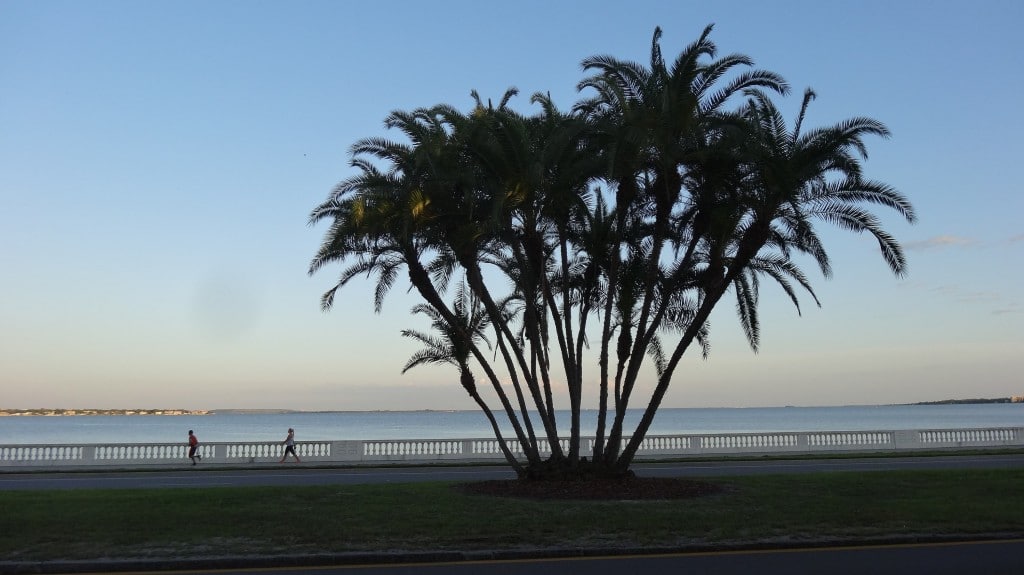 Arguably Bayshore Boulevard’s heartiest claim to fame is that it is home to the longest continuous sidewalk in the world, at 4.5 miles long (and a generous ten feet wide!) A beautiful balustrade lines the sidewalk along the water’s edge, and gorgeous homes adorn the opposite side. 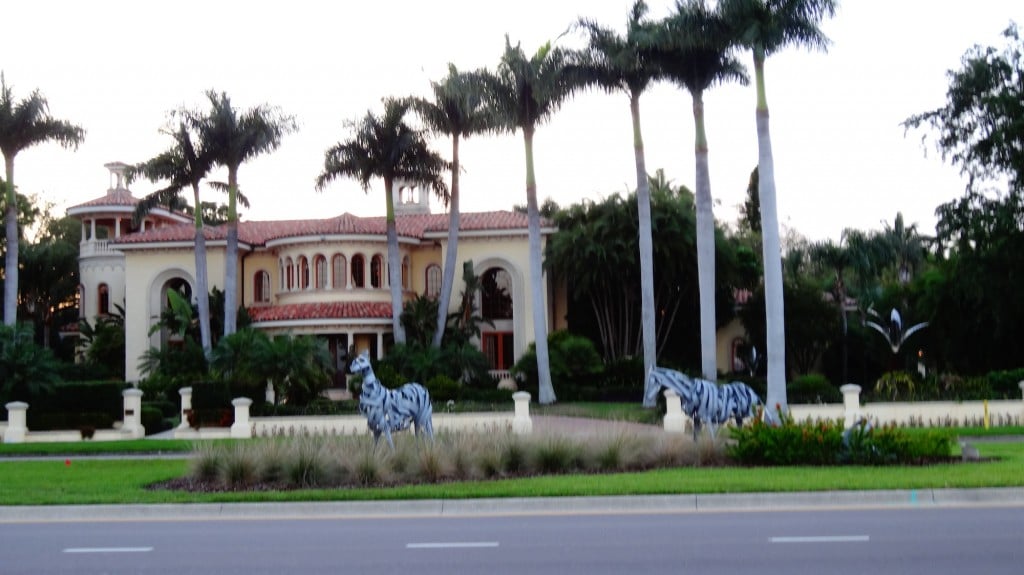 Its other claims to fame and reasons for popularity are mentioned in my books. Here are just a few of them.

Willa Carson drives down Bayshore Boulevard frequently to and from her home, Minaret, on Plant Key. As she explains, her home Plant Key is one of the areas located conveniently from Bayshore.

“Originally too shallow for navigation and devoid of landmass, Hillsborough Bay was dredged to allow passage of freighters into the Port of Tampa. Henry Plant persuaded the Army Corps of Engineers to build the landmass for Plant Key at the same time they created Harbour Island and Davis Islands.

Plant Key is marquis cut, about a mile wide by two miles long. Narrow ends face north toward Tampa and south toward the Gulf of Mexico. Key Bridge connects us to Bayshore Boulevard just north of Gandy.” 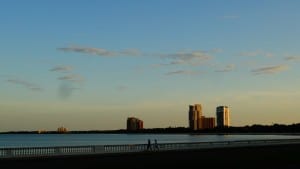 If you look closely here, and squint, you can probably see Plant Key in the distance. 😉

In Wasted Justice, Willa goes for a ride down Bayshore in her Mercedes CLK 320 Convertible, “Greta.”

“I put Greta’s top down, and she and I spent a while driving the length of the Bayshore, thrice, enjoying the wind in my hair, the sunshine baking my skin, and taking in the fabulous view of my hometown.” 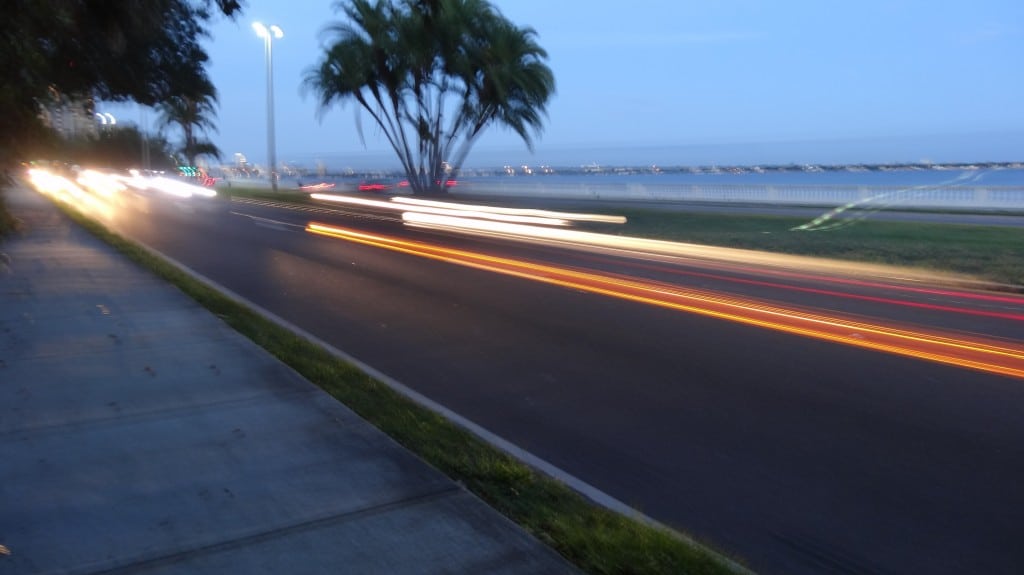 Secret Justice opens with a mystery surrounding the Gasparilla festivities.

“The local news anchor had dressed like a crusty buccaneer and joined the parade. From time to time, he interviewed a few of the half-million or so spectators lining the sidewalks along Bayshore Boulevard.”

“Bodies of every shape, size, and description populated the sidewalk, clothed in outfits similarly interesting. Handkerchiefs around shaved heads, striped shirts with plaid shorts on males; females in full war paint, dressed as if they were making a glamorous workout video. The number of infants sleeping in jogging strollers being pushed by adults on roller blades was surpassed only by middle-aged men jogging with headphones.

In short, I saw a typical day on the Bayshore, and felt a little better knowing that the world was still operating normally, at least in some spheres.” 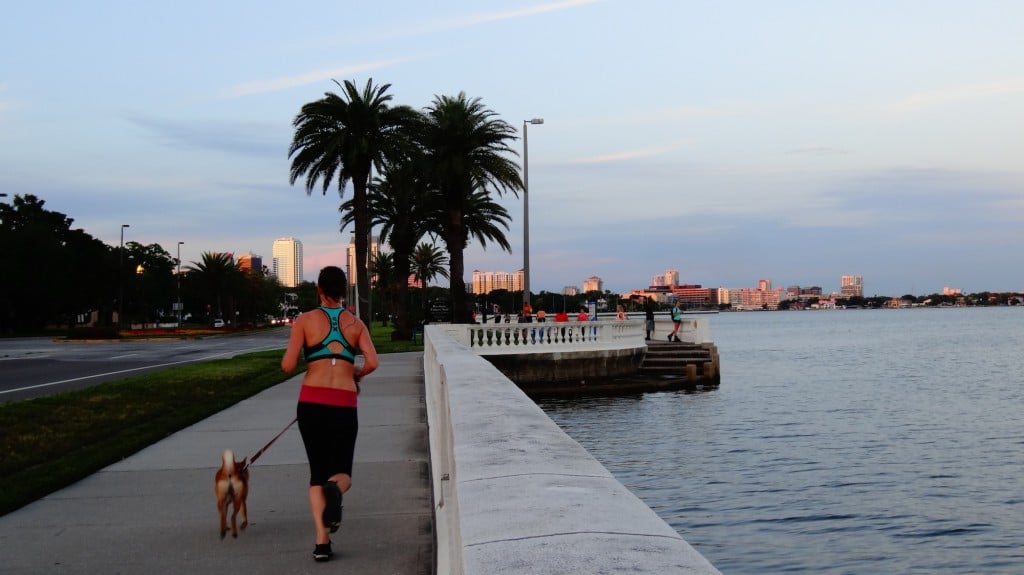 In Jack in the Green, after visiting the base, Carlos Gaspar takes a drive down Bayshore later in the day… along with Judge Willa Carson and Jess Kimball.

“Judge Carson’s Mercedes CLK convertible zipped along Bayshore Boulevard like a homing pigeon on its return flight. Jessica Kimball’s SUV followed. Gaspar brought up the rear in the rented sedan.”

–Jack in the Green 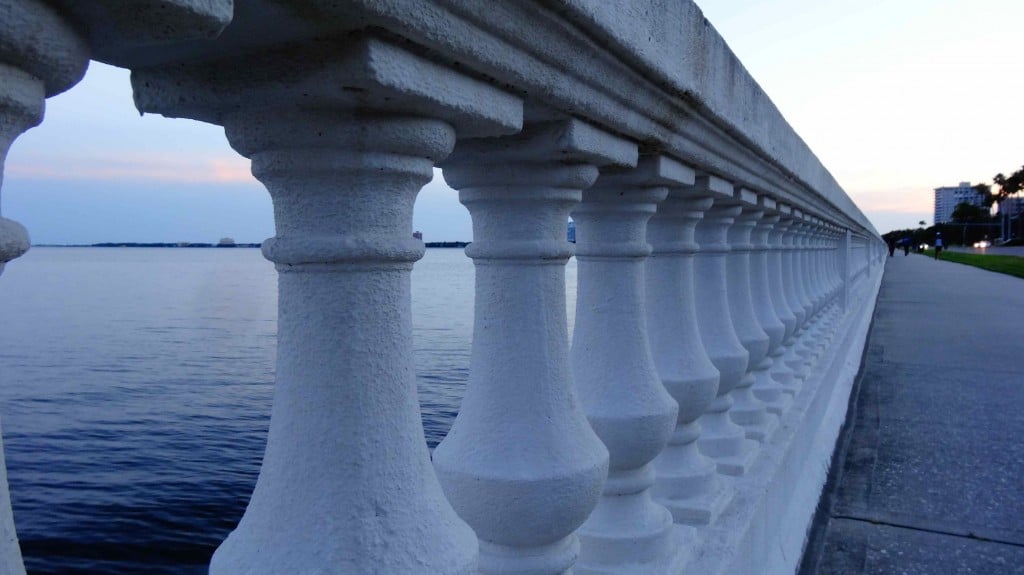 I especially appreciate Willa Carson’s description of Bayshore Boulevard as she looks at it from above, from a distance, in Wasted Justice.

“The view from forty-two stories atop the Bank of America building was spectacular. From here, one could see how Hillsborough Bay caressed the Bayshore—Tampa’s ribbon of road along the water—with a perfectly calm blue blanket that glimmered in the sunlight.”

After seeing the pictures and hearing the features, hopefully now you have a better idea of why Bayshore Boulevard features so prominently in my books.

Have you seen Tampa’s Bayshore Boulevard in person? If not, based on what you’ve seen, would you put it on your list of “must see’s” or “must do’s” if you were planning a trip? [CLICK THE BIG RED BUTTON BELOW TO LEAVE YOUR COMMENT!]

7 Responses to A Photographic Tour of Bayshore Boulevard