The (Real) Life of a Rookie TV Reporter

Jordan Fox has a problem. False Truth Serial readers know her first job after college has turned from her dream job into a low paying internship. She’s in line for consideration the next time a job open ups at Channel 12. But she’s got competition in Drew Hodges, another great candidate. Turns out, Jordan’s ideas about her job performance and prospects are not the same as her bosses’. When the intern who desperately wants to get hired defies the boss every day, sticks her news nose into lots of dangerous places, and barely escapes alive? Well, that’s a problem. Is Jordan’s desire to become a successful journalist at Channel 12 doomed? 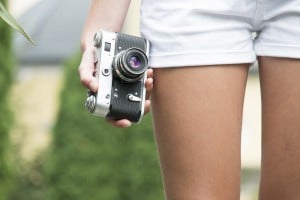 A career in journalism doesn’t follow a clearly defined path. In real life, Jordan would have several possible roads to success. It all depends on how excellent her work is, the experience she gains, who’s on her side and how lucky she is. Of course, we know Jordan Fox is very lucky! But new employees like Jordan have to learn the ropes and reporters need to generate stories the station can put on the air.

Jordan’s very talented. She’s definitely got a nose for news! She’ll be amazing after she develops her skills as a general assignment reporter because…

Does Jordan have even a chance of leapfrogging over the job of full-time multimedia journalist or full-time general assignment reporter and going straight to Channel 12 Investigative Reporter? Probably not. But can she get on the path that will lead her from intern on the edge of being fired straight to investigative reporter? Beth Dexter tells me the chances are very slim. But hey, slim is not impossible, right?

So, what’s next for Jordan Fox as her story rushes toward the exciting conclusion? False Truth 10: A Jordan Fox Mystery is available now. Read it and find out! 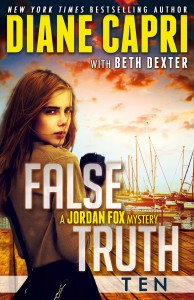