How FALSE TRUTH Would Look To A News Anchor

By Diane on February 5, 2015 in Beyond The Covers, Blog, Hunt For Truth

Writing  False Truth Mystery Serial with Beth Dexter, has been an opportunity for me to learn more about the broadcast journalism industry. Beth Dexter is a veteran TV journalist. Her expertise comes into play when we’re writing how Jordan Fox navigates the newsroom and the world around it.

One good example is the teleprompter. 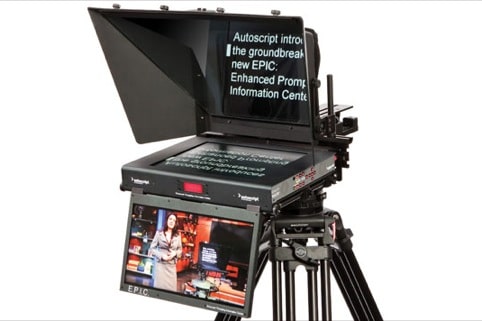 Did you know that teleprompters were originally made for TV actors, starting in the 1950’s? Scripts were created by a typewriter and printed on special scrolling paper. Each letter was an inch high. The teleprompter was operated by someone standing near the camera.

The teleprompter has evolved to display scripts on a monitor via a computer.

This is the way it works today: a mirror reflects the script onto a piece of glass in front of the camera, so the person reading it can look directly into the lens. If you watch the news closely, sometimes you can see the anchor’s pupils moving as she reads.

The words are usually black on a white background to make them easier to read. 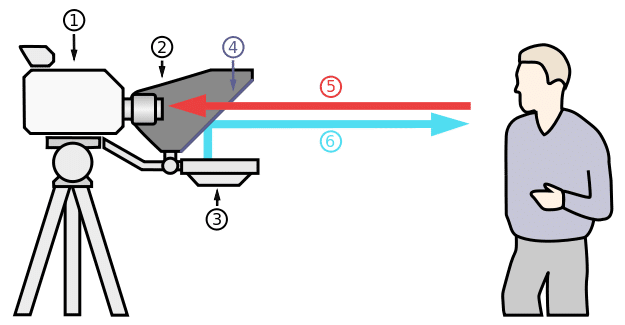 Beth tells me there are rules for creating scripts for the teleprompter, too. You write in all caps, you put ellipses….between words… to help space them out… you write numbers out so the anchor can easily read them,  especially longer numbers. And tricky, unfamiliar words — usually names and foreign places — are written out phonetically.

For example, this is how the following excerpt from the first chapter of False Truth 1 would be written for the teleprompter:

THE WORK WAS DONE BY THREE A-M.

LESS THAN AN HOUR AFTER THAT… TO CLEAN UP… HOSE DOWN THE BOAT… STERILIZE HIS TOOLS… AND HE WAS READY.

HE DIDN’T EXPECT ANYONE… TO EXAMINE THE BOAT TOO CLOSELY… BUT HE WAS THOROUGH BY NATURE.

Reading that way is exhausting, isn’t it? The invention of the teleprompter changed the way the news is delivered a bit, but aren’t you glad we don’t have to read our books that way all the time? I sure am.