We’re so excited to introduce Jordan Fox to you that the first book in this new serial is FREE for a limited time only! (See links to download FREE below!)

Life’s stories don’t actually come in one complete package, do they? Like TV news, rookie reporter Jordan Fox is living a developing story. This NEW Multi-Part Serial is just like that! A developing story that unfolds over several short books. These are quick reads, meant to be devoured in a single session — just like the stories you hear from your friends every day. We hope each one will leave you asking breathlessly, “And THEN what happened?”

We believe once you try Jordan Fox, you’re going to love her as much as we do!

Right NOW: Part One is FREE as our gift to readers to get you started. And for a limited time only, Part Two is only 99 cents! 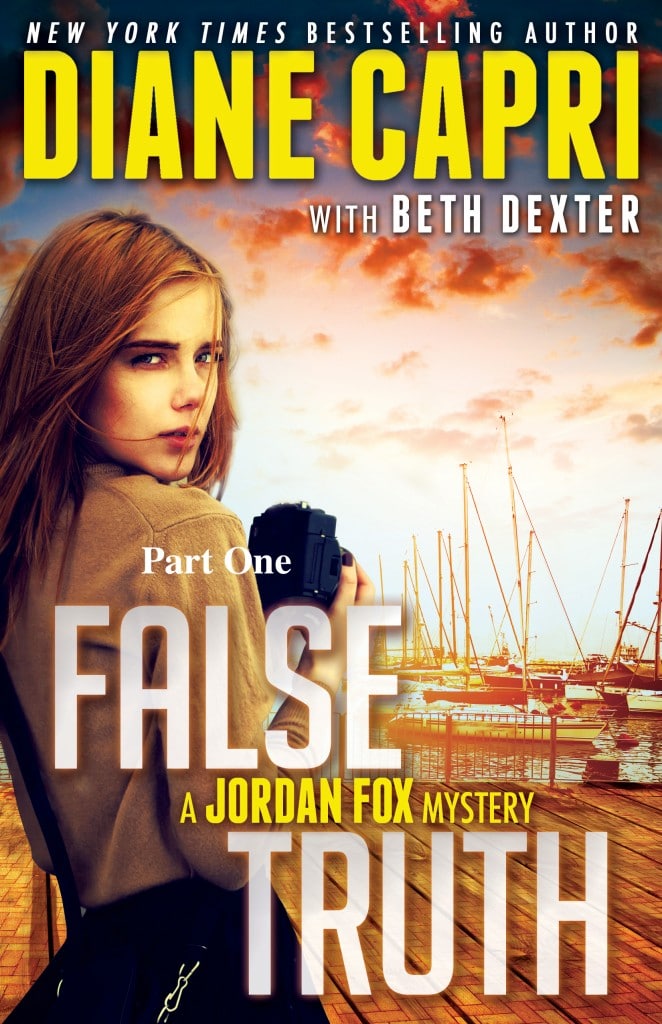 Jordan is a 22-year-old intern at a Tampa TV news station, trying to climb her way up the ladder to multimedia journalist, and eventually, hopefully, all the way up to investigative reporter. Along the way, she’s secretly using Channel 12’s resources to solve the cold case of her mother’s murder.

Jordan’s hunt for truth began in high school when Jordan found her mother murdered in her kitchen. Jordan was just 17 years old. The murder changed her life forever.

Reporters from all the local television stations flooded the Foxes’ front yard. Jordan watched them work and idealized their efforts. She felt helpless, but she thought these journalists were actively seeking the truth, without any of the special privileges law enforcement officers are allowed — search warrants, forensics teams, and all that. Reporters essentially used nothing but a microphone, brainpower, and determination to press officials for answers. Reporters studied police records, knocked on doors, and looked tirelessly, often late into the night, for witnesses.

As the days dragged into weeks with no arrests ever made, investigators were swamped with fresher cases and reporters moved on to other breaking news stories. Jordan knew that was the nature of law enforcement and the TV news business. The teams had to follow the action.

But Jordan Fox had found her calling.  She would devote her life to finding the truth as a journalist who never, never gives up, no matter where the action leads.

Now, five years after her mother’s death, Jordan is employed at her dream television station, ready to hone her skills and hunt for truth and solve the murder herself. But the job is proving to be harder than she ever imagined.

Will Jordan be able to bring truth to the dangerous stories she covers, while she works secretly to find her mother’s killers? This time, can Jordan be the one who changes lives forever?

This new serial will unfold over several short books, each about 125 pages in paperback. The stories are designed to be read quickly, when you don’t have the time for reading my longer books. Like everything I write, Jordan Fox and The Hunt for Truth Serial will continue as long as readers like you want to read it!

To get you started as a special gift to readers, we’re offering the first book in the new series FREE at all retailers. And we’re offering the second book at $.99 for a limited time only. We believe once you try Jordan Fox, you’re going to love her as much as we do!

Don’t forget to let us know how much you love Jordan by posting your reviews online where you download your copies of the books!

Scary noises caught on camera…
And this is why I’m addicted to Twitter.