By Diane on December 10, 2013 in Beyond The Covers, Blog, Can You Solve This Case?, Justice 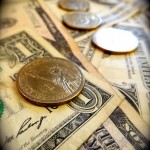 Abraham Shakespeare was a simple man, by all accounts. He dropped out of school after seventh grade, still illiterate. He held a series of labor jobs over the years. He was convicted of a handful of burglaries and spent some time in jail.

He bought a million-dollar home in a gated community, a Rolex, and a shiny new car. And suddenly, what do you know! He had a gaggle of friends! They loved Shakespeare’s free-flowing cash as much — or more — than he did.

Unfortunately, Shakespeare couldn’t say no. Increasingly frustrated, he allegedly told a childhood friend, “I thought all these people were my friends, but then I realized all they want is just money.” The hangers-on didn’t let go.

And then, the mystery.

Almost three years to the day after his big win, Shakespeare’s family reported him missing. In fact, they said it had been about seven months since they had seen him.

When the Polk County Sheriff’s Office got involved, they discovered the money was gone. All 17 million dollars of that lump sum cash payment. Spent. Vanished. Just like Mr. Shakespeare himself.

Did the family’s distance suggest foul play in Shakespeare’s disappearance? Or maybe they were kindly helping to hide him from those hangers-on. Had Shakespeare simply run off to the Caribbean? Maybe he was living on a beach somewhere. That was a nice thought.

Suspicion fell on Dee Dee Moore. Authorities say she knew Shakespeare, and claimed he decided to go to Texas, Jamaica, Puerto Rico, Orlando, or was sick in a hospital. She would know, because she was financial adviser to the illiterate Shakespeare, giving herself control of his funds. She helped herself to a Hummer, a new truck, and a Chevy Corvette.

I remember the day crews started digging up concrete at a home in Plant City, not far from Tampa. The television news coverage was somber.

On January 27, 2010, police found a body at that home, shot to death with a .38-caliber Smith & Wesson revolver, and buried under the concrete. Two days later, the body was identified as Abraham Shakespeare, 43.

Dee Dee Moore told many stories about what happened to Shakespeare. She said drug dealers killed him, she said a lawyer did it, and she even claimed she had killed him in self-defense.

Dee Dee Moore has been in prison for one year today. She’ll be there for the rest of her life.

Was Abraham Shakespeare lucky to have won the lotto? What say you?

Coffee: Nectar of the Gods, Right?
Get Back Jack Now In Paperback!