Beware: Psychopaths Among Us (Part Two) 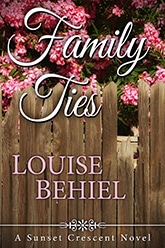 We’re back today with therapist and writer Louise Behiel, author of the terrific new release Family Ties, discussing the Psychopaths Among Us, and particularly the villain in my latest thriller, Fatal Distraction. This is Part Two of the series. If you missed Part One, you’ll want to read that first.

Louise Behiel: Before we start, Diane, I wanted to congratulate you on Fatal Distraction being a huge Amazon Bestseller. Readers are really resonating with this book and I’m not at all surprised. As you know, I loved it! 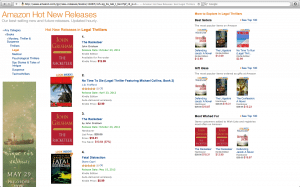 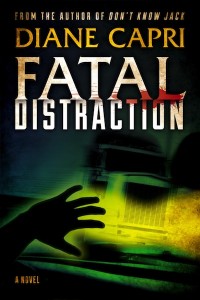 Diane Capri:  *blushing* Thank you, Louise. Fatal Distraction opened at #3 on the Hot New Releases in Legal Thrillers. Since John Grisham was holding on tight to the #1 and #2 spots, we were pretty happy with that showing. *laughs*

Louise Behiel:  *laughs* I knew you were well adjusted! I’m a therapist. I can tell. *laughs*

Diane Capri:  *laughs* So we were talking about the psychopaths we encounter in our daily lives. Not necessarily killers. But those who cheat and lie and hurt us in less immediately lethal ways. It would be helpful if we recognized these psychopaths right away. But too often, we don’t until the harm is already done.

Louise Behiel: Many times, I’ve seen patients involved with psychopaths who don’t realize their nature. Based on how well you’ve written your villain, you’ve had that experience yourself, haven’t you?

Louise Behiel:  Don’t worry. I won’t send you a bill when we’re done here. Tell me about the psychopaths you’ve known.

Diane Capri:  Once I learned that psychopaths are fairly common in the general population, I started arm-chair diagnosing several people I’ve come across over the years. As a student of human nature and a devotee of psychology, why people do what they do has always been intensely interesting to me. As a practicing lawyer, very often if I knew why someone took certain actions, I could resolve conflicts that were otherwise unresolvable or devise winning strategies for clients. Along the way, of course, I encountered people who were in it to win it, regardless of the rules or the morality of their actions. Many of these people are psychopaths, aren’t they?

Louise Behiel:  Absolutely. You’ve nailed the disorder perfectly. Psychopaths only care about what they want. Your wants, wishes or needs are irrelevant to them.  They give you as little thought as the mosquito they slap.  In the mind of a psychopath, your needs and that of the mosquito carry the same weight.

Diane Capri:  That is so hard to accept because we always want to believe the best of people.  But I know you’re right.

Louise Behiel:  It must be a challenge to work with a psychopath in a legal setting, since they’re not accustomed to telling the truth.  And the oath they take as witnesses is irrelevant to them.  Have you dealt with this type of person?

Diane Capri:  I’m sort of a Pollyanna and I generally give everyone too many chances to show their true colors. Often, to my detriment. I remember the first time I encountered a witness who lied after swearing not to do so. Lawyers are not ethically allowed to permit our own clients to lie and we can lose our license for that. But I won’t tell you it never happens. Unfortunately, it does.

Louise Behiel: How can the legal system function reliably when dealing with psychopaths?

Diane Capri: The system is reliable, but the operators within the system are fallible human beings, with all the flaws and faults other humans have. And this is one of the themes in Fatal Distraction, as you know. When humans subvert the system, some with understandable motives, has the system failed us? Or have we failed the system?

Louise Behiel:  In my experience, psychopaths come across as normal, nice even. Combined with the complete absence of a conscience, there is nothing they won’t do. I deal with the people they step on, because psychopaths don’t see anything wrong with what they’re doing or have done. You must meet more of them than I do.

Diane Capri:  Probably not. The psychopaths among us hide in plain sight. Often, they’re the most successful people in our society.

Louise Behiel: Why is that?

Diane Capri:  Because “success” is a lot easier when the psychopath completely ignores the rules that bind the rest of us. I knew a lawyer who told me he could “cry at will.” He used this, er, skill to manipulate people to his advantage. What normal person wouldn’t be moved by a man who cries in sympathy? People who scam others are often psychopaths. They justify their actions by saying, “Oh, he can afford to pay.” High profile psychopaths like Bernie Madoff, the man behind the largest ponzi scheme in history, didn’t care about people who lost their entire life savings so he could live large. The guy who cheats at cards; the woman who embezzles and then gambles the money away; the dude who attracts  women by praying on their insecurities and then exploits them; the man with two or three families. On and on and on.

Louise Behiel: You gave me a great fictional example a couple of hours ago. What was that again?

Diane Capri:  What can people do when they find themselves involved with a psychopath?

Louise Behiel:  I always tell people to watch behavior – and not pay so much attention to words.  Psychopaths will say or do anything to ‘win’, so a person in relationship with a psychopath will constantly be buffeted between what is said and what is done.  For the partner it’s crazy-making because the psychopath will always find a way to make the conflict their partner’s responsibility.

So pay attention.  If you’re frequently told that you’re wrong, you misunderstood, or you’re crazy, start making notes.  Keep them private and secret.  But keep them.  Note dates, times and behaviors. And of course outcomes. It never takes long to see a pattern of lies.  The problem for most of us is that we try to talk to the psychopath, to communicate so that they’ll understand that their behavior is incongruent with their promises.  This conversation is predicated on a belief that the psychopath cares.  But they don’t.

An old truism is important to remember in our relationships: “Fool me once, shame on you; fool me twice, shame on me”. Because psychopaths are charming and loving, we disregard their behavior and assume we misunderstood or didn’t hear right.  Or ‘it’s no big deal’. In a normal relationship, that’s true but not with a psychopath who don’t have a conscience. They are free of all the stirrings of guilt, shame and remorse that affect and direct the rest of us.

Diane Capri:  Family Ties, your current release, doesn’t deal with psychopaths at all. What about future books?

Louise Behiel:  Family Lies will be out in June. The heroine discovers that her recently deceased husband had a secret life – one populated with private jets, jewels from Tiffany’s and bank accounts in the Cayman Islands, all while living a typical upper-middle class life with her.  I don’t want to give too much of the story away, but he was a psychopath – he wanted what he wanted when he wanted it and would do anything to get it, all the while looking like a loving husband and father.

Louise Behiel:  *laughs* Not really. But I do think we often forgive and forget some atrocious behaviors in our friends and families – even when it isn’t warranted.

Beware: Psychopaths Among Us (Part One)
The Writing Life, Snowbird Style

16 Responses to Beware: Psychopaths Among Us (Part Two)