As you might have guessed – I love dogs and Florida! Apart from making wonderful companions, dogs are often the unsung heroes involved in solving many mysteries. In my Hunt for Justice Series books, Judge Willa Carson lives in Tampa Bay and has two adorable labradors, Harry and Bess. 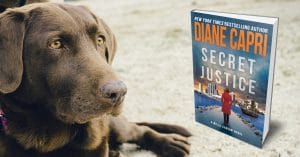 It’s no coincidence that I gave Willa Carson two dogs since Tampa is one of the top pet-friendly cities in the country. According to a 2019 survey by Wallethub, Tampa ranked third out of 100 dog-friendly cities. Tampa also ranked 10th for the most affordable city to own a pet and 17th for pet health and wellness. Of course, with so many dogs in the area, some of these pets are bound to go missing or even be stolen. Tampa Bay’s SPCA estimates that one in three pets will go missing at some point.

Have you heard of pet flipping? It refers to when an individual finds a misplaced pet, either on the street or at a pet rescue center, and then sells the animal. In some cases, animals are stolen directly from pet owners. The underground pet flipping industry has been expanding rapidly over the last decade. In 2012 the American Kennel Club estimated that pet flipping had increased over 800% since 2008. Sadly, Florida has ranked as one of the top five states for pet flipping crimes since 2015. 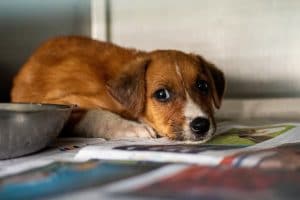 Pet flipping can be a lucrative income for villains seeing a quick profit. It is common practice for pet flippers to pose as a Pet Rescue, duping well-intentioned people, convincing them to drop off misplaced pets to be returned to their homes. Unsuspecting buyers are then sold a stolen family pet. Pet flippers are not concerned with the animal’s well-being and do not screen prospective buyers to ensure the animals go to a safe home.

Pet flippers often make sales online, posting ads on free sites. In some cases, pet owners have found the advertisement for their missing pet, and the pet flipper will attempt to extort the owner for large sums of cash in exchange for the animal’s return.

According to The Humane Society of Tampa Bay, expensive pure breeds are most at risk of pet flipping. Chihuahuas, Pomeranians, and Yorkies are often stolen due to their small size. Larger dogs are also at risk, with Labrador Retrievers and Pit Bulls being common targets. 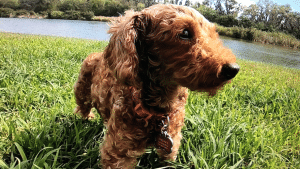 Despite new laws prohibiting pet flipping, this underground industry continues to thrive. Even so, there are preventative measures that can be taken. The Humane Society of Tampa Bay has increased its screening policies to cut down on this crime. Those seeking to adopt an animal are required to supply identification and sometimes vet records along with their application.

Pet owners can thwart pet flippers by a proper tag and microchip. Getting pet spayed or neutered can also protect pets from being pet flipped if they go missing.

If you enjoy reading about dogs, meet Harry and Bess when you join USA Today Bestseller Judge Willa Carson in her Hunt for Justice for a solid mystery, a few thrills, and quite a bit of suspense and humor along the way.