By now, you know that I love Florida. I know, I know— who doesn’t? But bear with me. I’m not talking only about Disney World and the beaches. As a mystery writer, I try to peer into the strange and mysterious side of Florida, which is part of the intrigue.

It’s not only my love for beach weather that compels me to set the Hunt for Justice Mystery Series in the Sunshine State. It’s the rich history. There’s also something about the contrast between the beautiful weather and mystery that makes stories more compelling, I think. Crime in Paradise is a tantalizing theme. Don’t you agree? 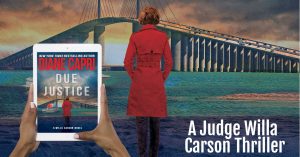 Criminals naturally vary in personality type, intent, and skill. However, sometimes detectives don’t need to work nearly as hard when suspects leave a messy trail behind or execute crimes badly.

Here are some true crimes that took place in Tampa, Florida that are truly stranger than fiction.

If I made this up, would you believe it?

In 2018, Casandra Kerr, and Cencetta Didiano, a mother and daughter duo were caught attempting to smuggle tobacco and cellphones into jail using a drone. The pair had devised the plan with the goal of delivering the illicit package to an incarcerated family member for the holidays. Prison staff witnessed the drone flying over the top of the jail and alerted local authorities. Kerr and Didiano were quickly connected to the crime as they were seen slowly driving around the outskirts of the facility. The package was confiscated and the women were charged with attempting to bring contraband into a correctional facility. 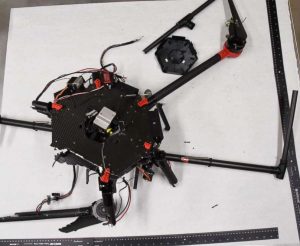 Florida gas station owner Parul Patel, caused raised eyebrows when he posted a sign on his business requesting people to quit using his microwave to warm urine samples. Patel’s gas station is located near two drug testing labs. In an effort to undermine the drug test, some individuals were bringing in urine samples from other people and warming them in the gas station’s microwave to make them seem “fresh” to the testing facility. How’s that for a strange crime?

49-year-old Douglas Peter Kelly was charged with possession of methamphetamine after reportedly complaining to the police about purchasing poor quality drugs. Kelly had a bad reaction after smoking meth. He then contacted authorities and requested to have the illegal narcotic’s quality tested. He brought the drugs directly to detectives wrapped in aluminum foil. After the drugs tested positive, Kelly was arrested. 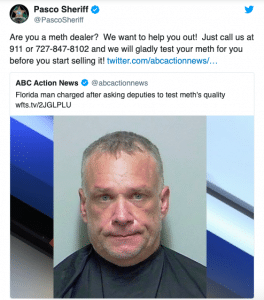 In yet another strange case, Kennecia Posey, was a passenger in a car that was stopped by police. After smelling marijuana, officers decided to search the car. During their search, officers discovered cocaine and marijuana in Posey’s purse. When questioned, Posey told police that the strong winds must have blown the drugs through the car window into her purse. Not surprisingly, the officers did not buy the story.