Do you consider yourself a professional armchair detective? Are you a true crime connoisseur?

Of course, I’m committed to writing stories that are both believable and exciting. In fact, this is part of the reason I do so much research before and during the writing of my thrillers.

Whenever I start to wonder whether a certain aspect of a story I’m crafting is plausible, without fail, I always seem to come across a true crime story that reminds me that truth is often even stranger than fiction.

Criminals naturally vary in personality type, intent, and skill. Like many of my thrillers, The Hunt For Jack Reacher Series focuses on catching elusive, cunning criminals who keep Agent Kim Otto on her toes. During the holiday’s detectives such as Agent Otto often have to work twice as hard due to a 30% spike in crime between Thanksgiving and Christmas. 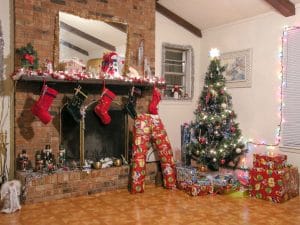 Here are some strange cases of true holiday crime I found while researching my books.

Robert Collings of Canada was sentenced to 10years in prison in 2019 after burglarizing a string of pharmacies. Collings earned the title “Santa Claus Bandit” for wearing a Santa hat and white beard during two of the crimes. After his cell phone was seized, police saw that Collings had conducted several Google searches for ‘bad Santa’ after committing the crimes.

In 2010 Shon Shannell from Seattle earned a similar title for attempting to break into a home through the chimney. Not surprisingly, Shannell’s scheme was shortlived as he became trapped in the chimney for six hours. Firefighters worked for 45 minutes to rescue him by chopping at the chimney bricks. The strange twist? Upon freeing the fake Santa the rescue team discovered that he was naked. When questioned, he told authorities that he was simply trying to retrieve his backpack.

If that story isn’t enough to have you scratching your head, this one surely will. In 2011, Terry Trent of Dayton Ohio made headlines after he provided his unsuspecting neighbours with a Christmas surprise, of sorts. Intoxicated by bath salts, Dayton broke into his neighbour’s home and began decorating it with Christmas ornaments and opening gifts found under the tree. Trent was discovered lounging on the family’s couch by an 11-year old child. 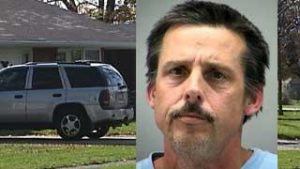 Of course, holiday crime isn’t limited to individual cases. Each year, organized crime rings steal thousands worth of merchandise during the holidays. Desperate to get away with the deed, some of these criminals have come up with creative schemes.

This was the case in Florida in December of 2014. Two men, 27-year-old Gerard Dupree and 30-year-old Tarus Scott, concocted an elaborate plan to steal $369 worth of children’s toys from a Walmart near Jacksonville. Dupree feigned a heart attack to distract attention from his accomplice who snuck out with a shopping cart full of loot. The criminals failed to consider that they were being recorded on security cameras, and were quickly caught.

The truth really is stranger than fiction, isn’t it? 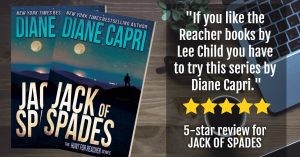 Check out my newest thriller, Jack of Spades, to join Agent Otto on her exciting chase where she fights to the death in the gripping finale.

THANKSGIVING: PLEASURE OR PERIL?
Watch out for Lottery Scams