Do you consider yourself a professional armchair detective? Are you a true crime connoisseur?

My readers know that I’m dedicated to writing thrillers that are believable as well as exciting. My plots are always at least theoretically possible. One of the reasons I do so much research is to verify that my story makes logical sense in the real world.

Whenever I start to wonder whether a certain aspect of a story I’m crafting is plausible, without fail, I always seem to come across a true crime story that reminds me that truth is often even stranger than fiction. 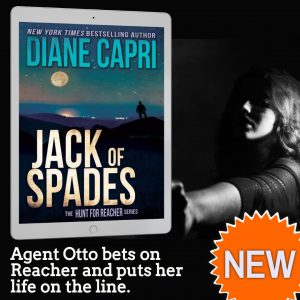 Criminals naturally vary in personality type, intent, and skill. Like many of my thrillers, The Hunt For Jack Reacher Series focuses on catching elusive, cunning criminals who keep Agent Kim Otto on her toes. However, sometimes detectives don’t need to work nearly as hard when suspects leave a messy trail behind them or execute their crimes poorly.

Here are some strange cases of true crime I came across recently:

Have you heard about the man who threw an alligator through a drive-through window?

Joshua James was charged in 2016 with assault using a deadly weapon after throwing a live alligator through the window at a Wendy’s in Florida. The alligator was 3 ½ feet long. Luckily, none of the Wendy’s employees were harmed. 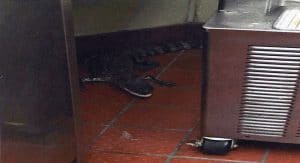 In another strange case in Florida, Mack Yearwood sealed his own fate when he used a copy of his own wanted poster as his Facebook profile picture. Police had been searching for Yearwood in connection to an assault in 2016. In an equally brazen case, Michael Baker of Kentucky was caught after posting a picture on Facebook of himself siphoning gas from a police car.

Although most criminals attempt to conceal their identities, not all disguises are effective. This was demonstrated in 2009 when two men in Iowa were dubbed the “Marker bandits” after attempting to disguise themselves during a robbery by coloring on their faces with a permanent marker. Needless to say, the ruse did not work and both Matthew Allan McNelly and Joey Lee Miller were quickly tracked down and charged with attempted second-degree burglary. 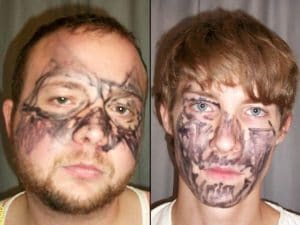 Patrick S. McGuire from Belleville, Illinois took the notion of a useless disguise a step further. McGuire robbed a gas station wearing a clear bag over his head. Using surveillance cameras, police were able to track down McGuire without difficulty.

Perhaps the most ridiculous of all is the man who tattooed the crime scene of a murder on his chest in full detail. Homicide investigators in L.A. received a lucky break while browsing through photos of gang members with tattoos and found Pico Rivera, a criminal whose chest tattoo depicted the scene of an unsolved murder that had taken place at a liquor store in 2004.

The truth really is stranger than fiction, isn’t it?