What we know about Lee Child’s new book, The Midnight Line

By Diane on November 7, 2017 in Beyond The Covers, Blog, Hunt for Jack Reacher

Lee Child’s new book The Midnight Line just released today, November 7th. I have my copy, but won’t have a chance to read it until this weekend. Have you finished it??

It’s always interesting to see the different covers, since Lee and his team create one book cover for the UK and another one for the U.S. 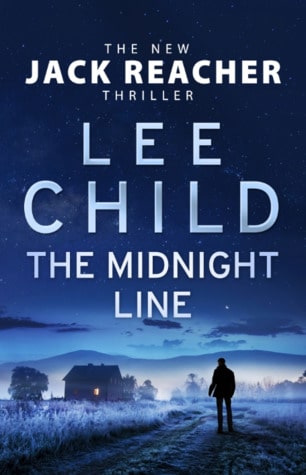 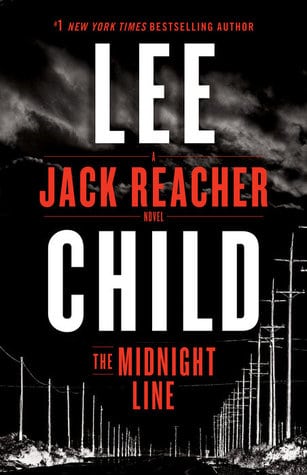 In The Midnight Line, Reacher takes an aimless stroll past a pawn shop in a small Midwestern town. In the window he sees a West Point class ring from 2005. It’s tiny; a woman cadet’s graduation present to herself. Why would she give it up? Reacher’s a West Pointer too, and he knows what she went through to get it.

Reacher tracks the ring back to its owner, step by step, down a criminal trail leading west. Like Big Foot come out of the forest, he arrives in the deserted wilds of Wyoming. All he wants is to find the woman. If she’s OK, he’ll walk away. If she’s not – he’ll stop at nothing.

He’s still shaken by the recent horrors of Make Me, and now The Midnight Line sees him set on a raw and elemental quest for simple justice. Best advice: don’t get in his way.

Based on conversations with Lee Child, I know a little bit about the book beyond the synopsis. Lee has said that The Midnight Line happens to be a bit more topical than his other books. He doesn’t normally write about “issues,” but middle America’s current opioid problem actually plays a major part in The Midnight Line. In the book, he ends up exploring ways to solve the problem.

You can listen to an interview Lee Child did with Rob Taub here. 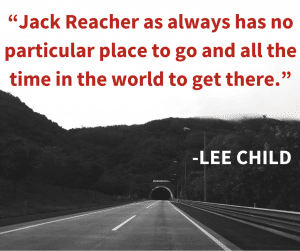 I also have to mention how much the beginning of this book reminds me of my Heir Hunter Thriller Series. Reacher traces the West Point ring back to the woman who pawned it, which is similar to the work Michael Flint, Heir Hunter does.

So how does Lee Child take us from a ring in a pawn shop to the opioid crisis? Guess we’ll have to read Midnight Line to find out! Comment and let me know if you’ve finished it and what you thought — but no spoilers!