New Paperback of Don’t Know Jack: Coming to a Bookstore Near You!

I published Don’t Know Jack in 2012, the first of the Hunt for Jack Reacher series. It was slow out of the gate, but rapidly picked up steam as readers began to find it, and the books in the series that followed. (Novel #5, Book #8 coming soon! Stay tuned for more info on that!)

Don’t Know Jack continues to be one of my bestselling books, after more than five years! So I wanted to reward it, giving it a little more time in the spotlight and making it more readily available to readers. 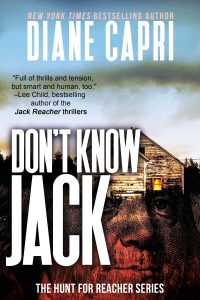 So far, Don’t Know Jack has been available as ebook, paperback, and audiobook. But because of its popularity, we decided to re-release it with a new paperback cover, and making it much more widely available at the same time.

As of July 18, 2017, the new revamped paperback copy of Don’t Know Jack is headed to bookstores everywhere. That includes airports, Barnes and Noble brick and mortar stores, indie bookstores… the list goes on.

I couldn’t set my kindle down until I finished reading this book.
-N.V.

Incidentally, the timing of this paperback release coincides with a recent new release from my friend Lee Child, too.

Lee Child recently released No Middle Name – his complete collected short stories featuring Jack Reacher. It includes an original novella called Too Much Time, which leads into the upcoming new Jack Reacher novel, The Midnight Line, due out November 7, 2017.

I was with Lee Child recently at ThrillerFest in NYC this summer, where we celebrated the virtues of thrillers in all forms — paperback included. 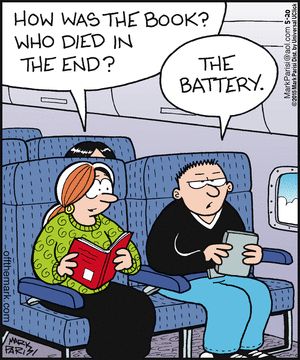 I hope you’ll grab your copy of the new Don’t Know Jack paperback, and maybe a copy of Lee Child’s No Middle Name at the same time!

Are You a SuperReader? (Lee Child is!)
Can Siblings Have Different Ancestries?