Do We Have A Liar On Our Hands?

By Diane on February 16, 2017 in Beyond The Covers, Blog, Hunt for Justice

Americans pride themselves on freedom of speech. But of course, freedom to speak doesn’t mean freedom from consequences. There are limits. Certain words are banned from certain television stations, you can’t make statements that are likely to incite violent actions (like shouting “fire!” in a public theater), and libel and slander are punishable under the law, to name a few.

Another limit that should be obvious is that it’s illegal to lie to police during the course of an investigation. It’s called obstruction of justice, and while people aren’t always prosecuted for it, trust me — you don’t want to do it.

As a mystery author, I’m assisted by my background as a lawyer because it helps me accurately reflect the ins and outs of the law to make a crime story more believable and interesting. 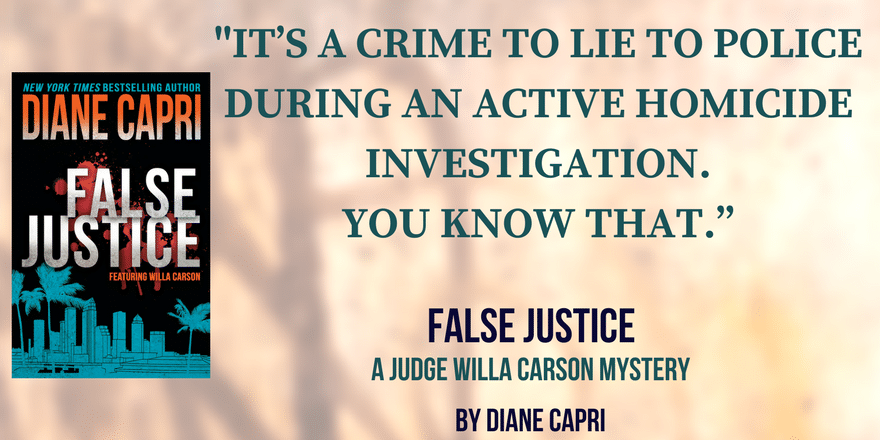 “Knowingly lying to an officer who is investigating is considered obstruction of justice, which is either a misdemeanor or felony charge depending on the severity of the crime.”
-www.reference.com

The FBI acknowledges that there’s no surefire way to determine if a suspect is lying. There are some little signs they can look for, though, that communicate possible deceit or discomfort — emphasis on possible.

Police detectives have some things they look for to help reveal if a suspect is lying:

-Avoiding answering “yes” or “no” and instead giving a longer answer. (This is a procrastination technique.)

-Giving too many details, especially on a 911 call

-Referencing a missing person in the past tense

So, does someone end up lying to police in False Justice?
Read the book to find out! CLICK HERE.