The Case Against Life Vests On Planes

Let me preface by saying I FULLY SUPPORT life vests on airplanes!!
But I learned something very interesting recently — turns out life vests aren’t as helpful as we might think. Who knew?

It all started when I saw a story about how life vests are a popular thing to steal from airplanes. See, I’m working on a new Hunt for Jack Reacher thriller, Deep Cover Jack, (Coming September 2!) and my research tends to lead me in directions I never fully expect when planning these books. FBI Special Agents Kim Otto and Carlos Gaspar do a lot of traveling. And I mean a lot. They’re always hopping a plane from here to there. Anyway, one line of my research led to another, and I eventually stumbled upon an argument that life vests on planes are not as helpful as we might think.

For one thing, there’s the fact that I already mentioned — travelers like to steal them. Horrible, but true. Flight attendants routinely check beneath the seats to ensure life vests are there, but I’m guessing some passengers on some flights end up flying without life vests beneath their seat.

But does it matter? Here’s the thing — it takes a few seconds (about 7-8) to find the life vest, and a few more to put it on. And when a plane is going down… well… the priority quickly becomes getting off the plane, versus getting the life vest on. Do you remember the crash the media termed the Miracle on the Hudson River? According to The Wall Street Journal, “only 33 passengers of 150 aboard US Airways Flight 1549 had a life vest after the plane splashed down… in 2009.” Of those 33, only four had managed to put their life vest on properly and completely. 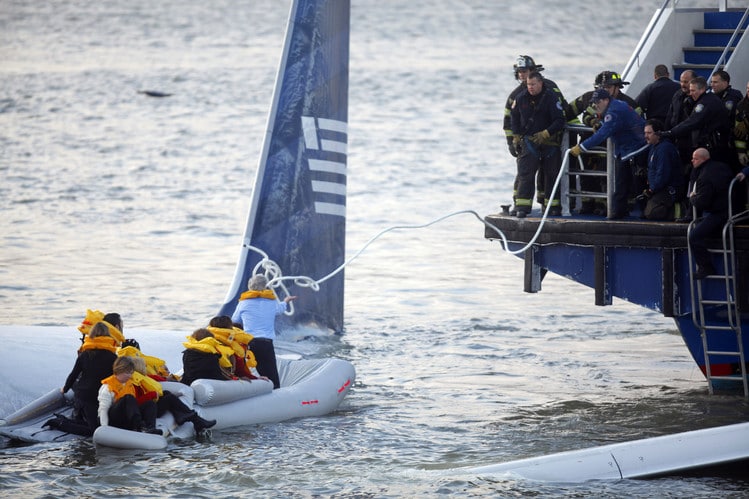 The National Transportation Safety Board makes no secret of the weaknesses of life vests. They say the vests are designed for planned water landings, not sudden crashes. Believe it or not, a life vest has never actually saved a life in a commercial airline crash.

It’s not just that life vests aren’t saving lives — there’s a quantifiable downside to having them on board. There’s the cost of supplying them, the cost of paying flight attendants to take the time to re-stock the stolen ones, and the added cost of fuel. An average jet has about 200 extra pounds on board because of life vests.

So… life vests. Are they worth it? Kim Otto would say yes!! Otto is in favor of anything and everything that might help in case of emergency. As far as we know, no airlines are actually considering removing them. I believe life vests are here to stay. Although…next time Agent Otto boards a flight in her Hunt for Jack Reacher… she might want to take a peek under her seat and confirm her life vest is there. I might do that myself, too. Just in case.