Do you know Vincent Zandri? 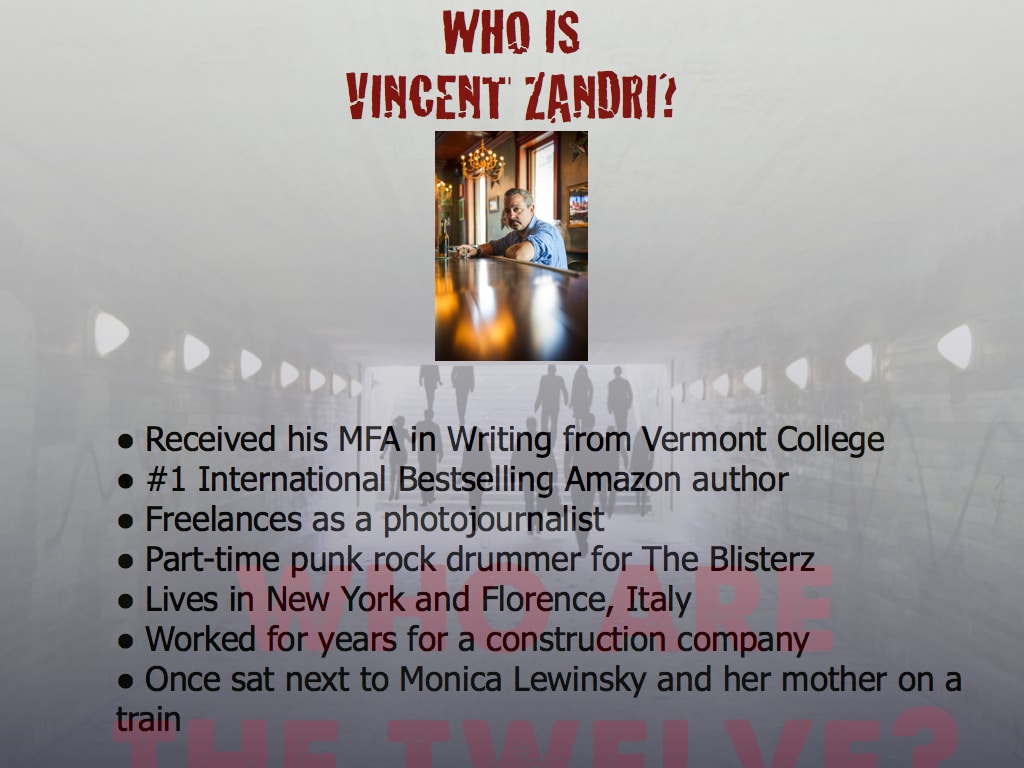 In Flight 12: A Dick Moonlight PI Thriller, the “head-case” detective tries to escape Albany, NY and the memory of his beloved Lola altogether, for a new job in Rome, Italy, as a house-detective at a 5-Star hotel. But when an Italian beauty lures him into joining the “mile-high club” while his feet are still firmly planted on the ground, Moonlight suddenly finds himself the focus of a drug smuggling event that involves not only a crooked band of TSA members, but also the mafia.

Check it out HERE. 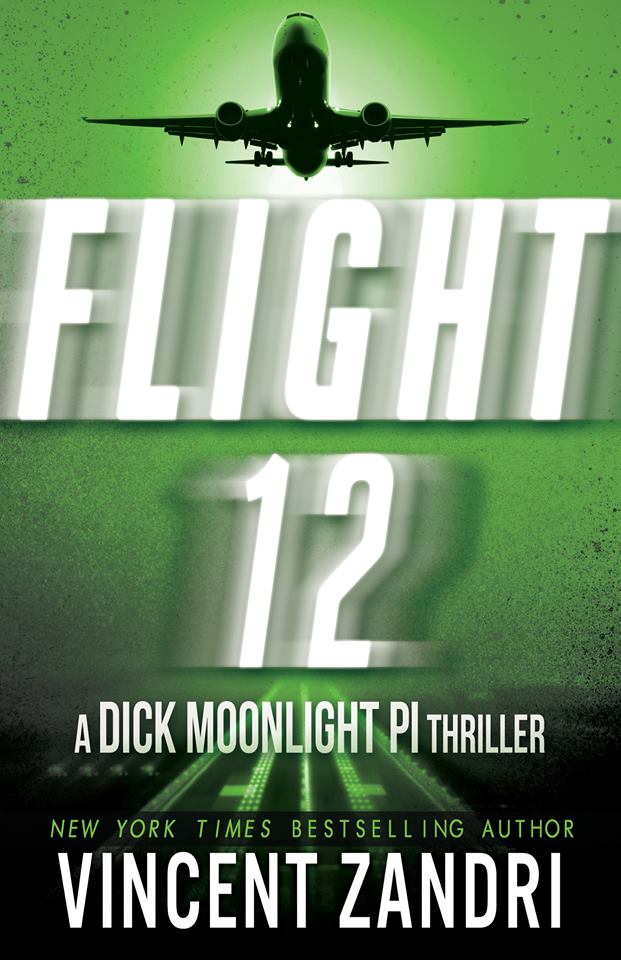 This is the 6th of 12 Flight 12 books to be released (plus an epilogue). Now that we’re halfway there, here’s a sneak peek at what’s going to happen once everyone is on board.

A Skyway Airlines flight carrying 375 passengers and 13 crew bound for Rome’s Fiumicino airport from New York’s JFK International Airport has disappeared off the radar overnight according to airline spokespersons. Skyway Flight 12 had left New York at 12:00 midnight Monday evening and was said to be operating normally and in good weather conditions. According to sources on the ground, the plane, a Boeing 767, was piloted by an experienced flight crew who issued no alarm of any kind prior to vanishing somewhere over the Atlantic ocean east of Newfoundland. The 767 is said to be a reliable twin engine carrier that’s been in service since 1982 with an excellent safety record. While a catastrophic mechanical failure is presently being investigated, says an FAA spokesman, a criminal event is not being ruled out. Both sea and air rescue crews have been dispatched from the US, Canada, Newfoundland, and Ireland. This is a developing story.

Keep reading the Flight 12 books to become familiar with the passengers on board!
(The books need not be read in any particular order.)

Saturday Special: Columbus Day Sale from The Twelve!
Getting To Know Ray Charles