The Hunt for Jack Reacher Series #14 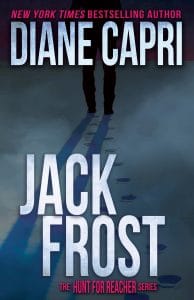 A ruthless gangster. Imprisoned at the Bolton Federal Correctional Facility.

A daring prison break. Police and witnesses ruthlessly murdered as he barrels across frosty South Dakota.

Agent Otto is no longer working alone. She wanted a new partner and now she’s got one. William Burke, an ex-SEAL formerly assigned to the Hostage Rescue Team, should have been the answer to all of her problems.

But Burke’s got a cloud on his record. Will his past impact their mission?