The Hunt for Jack Reacher Series #6 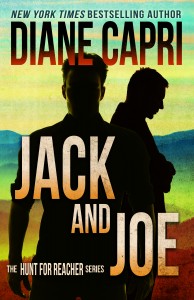 FBI Agents Otto and Gaspar pick up where Lee Child’s “The Enemy” leaves off in the Hunt for Jack Reacher.

“Full of thrills and tension, but smart and human, too. Kim Otto is a great, great character — I love her.”  Lee Child, #1 World Wide Bestselling Author of Jack Reacher Thrillers