The Hunt for Jack Reacher Series #7 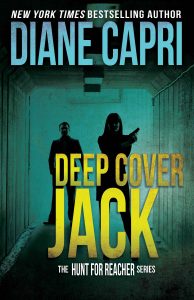 FBI Agents Otto and Gaspar pick up where Lee Child’s “Persuader” leaves off in the Hunt for Jack Reacher.

“Full of thrills and tension, but smart and human, too. Kim Otto is a great, great character — I love her.”  Lee Child, #1 World Wide Bestselling Author of Jack Reacher Thrillers

In the thrilling followup to the ITW Thriller Award Finalist (“Jack and Joe”), FBI Special Agents Kim Otto and Carlos Gaspar will wait no longer. They head to Houston to find Susan Duffy, one of Jack Reacher’s known associates, determined to get answers. But Duffy’s left town, headed for trouble. Otto and Gaspar are right behind her and powerful enemies with their backs against the wall will have everything to lose.