For today, I do have two bits of exciting news to share with you.

First, I learned this week that Full Metal Jack, the tenth novel featuring Kim Otto on the Hunt for Jack Reacher, was nominated for a  Thriller Award from The International Thriller Writers!! There are other terrific books also nominated and the competition is stiff. But I’m already hoping to see this lovely award perched on my bookshelves when the winners are announced on July 10.  Keep your fingers crossed for Kim!

The list of nominees is stellar. I’m honored and humbled to be among them. Winners will be announced July 10, 2020. 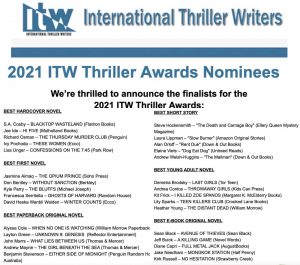 This photo doesn’t do it justice, but the Thriller Award looks like this: 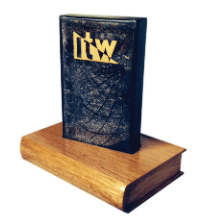 The second exciting thing is to announce the winners of our Big Open Giveaway!
The giveaway has ended and the winners were selected by Random.org. The winners have been contacted and prizes have been sent out.
Thanks for your support and participation everyone!
Heartiest congratulations and the eReaders go to:
Erin Caldwell in Australia
Mikhail Rapoport in New York